Cisco took the position that “RF channel” encompasses not only radio transmissions in different frequency bands, but also radio transmissions that can be in the same frequency band that use a code multiplex to encode the transmission into different “channels.”  Cisco proposed a construction for “RF channel” that “includes ‘an RF path for transmitting electric signals.’”  (Petition at 13, citing the ‘679 patent at 6:62-65.)  Cisco’s prior art was also directed to Code Division Multiple Access (CDMA) systems which rely on spread spectrum (“a wideband channel,” as stated in Ex. 1002, ¶ 58) as opposed to different transmission bands.

ChanBond filed Preliminary Responses that rejected such a broad interpretation of “RF channel,” asserting “the invention is directed to using multiple separate RF channels to transport a data stream — a specific type of frequency-division multiple access (FDMA).”  (Prelim. Resp. at pp. 6, 14-24.)  ChanBond asserted that Cisco’s CDMA prior art “is the polar opposite of [its specific FDMA] invention.”  (Prelim. Resp. at p. 7.) 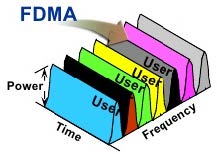 The PTAB rejected Cisco’s assertion that multiple channels are multiplexed on the same frequency bands, and that code channels or CDMA channels could be an RF channel within the meaning of the ‘679 patent.  The panel cited an inconsistent statement by Cisco’s expert which described a FDMA and CDMA hybrid system using Walsh codes:  “[t]he mutual orthogonality of Walsh codes allows one particular coded channel to be isolated and decoded from all other coded channels, even though they are all broadcasting on the same RF channel.” (italics added by the panel).  The panel reasoned that this statement referred to a particular frequency band as an “RF channel” and to divisions within the RF channel as “coded channels,” and therefore gave no weight to the expert’s testimony regarding the meaning of “RF channel.”

The PTAB concluded that the term “RF channel” as used in the ‘679 patent “does not include code channels – for example data streams created by CDMA– but instead refers only to frequency bands, such as those created by FDMA.”  (Final Written Decision of IPR2016-01898, p. 13.)  All six of the IPR petitions of the ‘679 and ‘565 patents were denied based on the claim construction issue and because Cisco’s grounds were based CDMA prior art.

It appears that the one year window after service to file IPRs has passed, so it will be interesting to see if a request for rehearing is filed by Cisco to challenge the panel’s decision.  It is not clear if the interpretations proffered by the panel will somehow pose issues for ChanBond to enforce its patents as planned, but it has at least avoided further review of the ‘679 and ‘565 patents for now.

This post is from the AIA Patent Trials blog www.reexamlink.com.