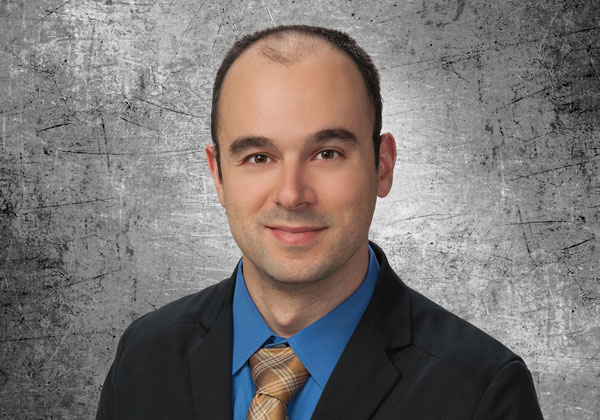 Greg is a senior patent attorney at Schwegman, Lundberg & Woessner.  Greg’s practice is focused on computer science and software inventions. Prior to joining Schwegman, Greg practiced at McDermott, Will & Emery.  Greg holds a J.D. from the University of Michigan Law School, dual Bachelor’s Degrees in Computer Science and Mathematics from MIT, and a Master’s Degree in Computer Science from MIT. He explains, “I chose to study computer science and math because I enjoy solving challenging problems and logical puzzles. I am passionate about technological innovation and learning about new ideas.”

Greg has drafted and prosecuted multiple patent applications to issue in the United States and abroad.  He has worked with European, Chinese, Japanese, Korean, Taiwanese, Indian, Canadian, and Australian counsel to prepare and prosecute foreign patent applications for his clients. Greg is a native speaker of both English and Russian.  He conducts “patent mining” sessions with clients, where he visits the client’s office, meets with inventors and in-house counsel, and identifies inventions for patenting (or for coverage as a trade secret). Greg is very communicative and believes in keeping clients abreast of what is happening with the patent applications that are entrusted to him.  Greg frequently leverages Patent Attorney-Examiner Interviews, and tries to conduct an interview before submitting a response to a US Patent Office Action.  Furthermore, he regularly takes advantage of the Patent Office’s After Final Consideration Pilot (AFCP) program to interview Examiners in order to figure out how to bring the patent application to allowance or advance patent prosecution.

One of Greg’s favorite aspects of his job is meeting and working with inventors. He describes, “I enjoy learning about how inventors leverage their talent stacks to come up with their creations. It proves to me that the human brain really is a whole that is greater than the sum of its parts.” Greg is also the named inventor on five patents.