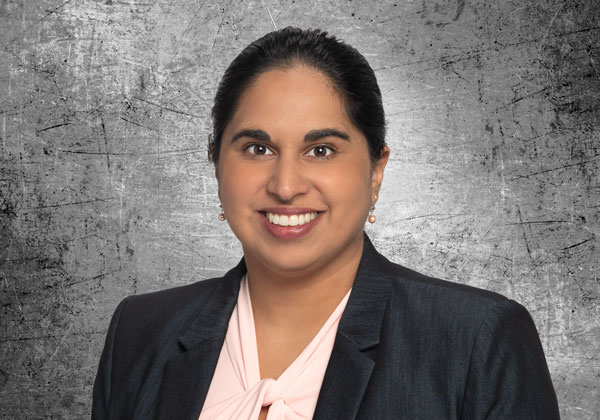 Heim Kirin Grewal is an attorney at Schwegman Lundberg & Woessner. Her practice focuses on drafting both device hardware and software patents. She earned a bachelor’s and master’s degree in Electrical Engineering from UC Davis, and then a J.D. from Santa Clara University School of Law.

Before attending law school, Heim Kirin worked as a development engineer. Her interest in patents was piqued when she had the opportunity to assist with the company’s patent portfolio. She was intrigued by the idea of being able to translate science to people.

Now, as an attorney, Heim Kirin enjoys the problem-solving aspect of her career. She feels driven to understand how new technology works and why it should be protected. Helping to protect innovation is a driving force in her work.

Heim Kirin’s interest in electrical engineering began early in her academic career. She explains, “I had a lot of fun in physics class with the electrical part of physics.”