Blogs   |   Ali v. Carnegie Institution of Washington – Where Did Ali Go Off the Rails?

Ali v. Carnegie Institution of Washington – Where Did Ali Go Off the Rails? 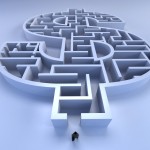 In view of the IP hornets’ nest stirred up by Judge Bryson’s ruling in Allergan and the St. Regis Mohawk Tribe v. Teva Pharm. Inc., Case No. 2:15-cv-1455-WCB (E.D. Tex. , Oct. 16, 2017), which may or may not have mooted the Tribe’s attempt to assert sovereign immunity to block Teva’s IPR petitions, I thought it might be interesting to take a fairly hard look at the earlier decision by the Fed. Cir. that ruled that the University of Massachusetts (“UMass”) could assert sovereign immunity so as to block researcher Ali’s suit to be added as an inventor to a number of patents co-owned by UMass and the Carnegie Institution of Washington (“Carnegie”). Ali had worked at UMass, but the co-owners of the patent applications refused to add him as a co-inventor. This ruling left no obvious path for Ali to be added as an inventor, even if he should have been. Ali v. Carnegie Institute of Washington, 684 Fed. Appx. 985 (Fed. Cir. 2017)(Non-precedential).

This decision let me temporarily avoid the Allergan suit, which was brought under the Hatch-Waxman Act, and delves into the provisions of the Bayh-Dole Act (35 U.S.C. s. 202 et seq.). This landmark 1980 legislation allowed Universities elect title to inventions developed with federal funding, and founded the modern landscape of “university tech transfer.” However, Ali managed to avoid the Act’s benefits, while hitting many of its legal potholes. (It should be noted that Ali appeared pro se.)

To begin with, Ali asserted that the “march in” provisions of the Act, which UMass acceded to when it elected title to the patent applications that matured into the patents-in-suit, amounted to a broad waiver of its sovereign immunity. The Fed. Cir. agreed with the district court that “[s]tates have no sovereign immunity as against the [f]ederal government” but that “waiver” does not extend to private parties.

The Oregon district court, where the suit was initiated, then transferred the case to the DC district court, which dismissed the case on the basis that UMass was a necessary party to the suit. Ali had sued both to be added as a co-inventor and for monetary damages, to obtain a share of the funds obtained by licensing the patents [which are probably substantial, since these patents are directed to iRNA]. Ali argued that the UMass should be joined, but the Fed. Cir. upheld the district court’s ruling that Ali’s case could not proceed without UMass as a party. This affirmance was based primarily that Ali was suing for monetary damages from UMass, not simply to be added as a co-inventor.

This could have turned out differently. The Fed. Cir. noted that the DC court dismissed Ali’s first amended complaint, but granted him leave to file a second amended complaint to the extent that he wished to pursue only the inventorship claim against UMass. The DC Court could order the PTO to correct the named inventors on the patents-in-suit. For some reason, Ali did not file this second complaint, but continued to argue that UMass would not be financially prejudiced by Carnegie’s defense of the case.

Let’s try to cut to the chase (or to the capture). If Ali agrees to limit his assertions to misjoinder, the DC court would have presumably had to investigate the merits of his claim. Instead, the DC court reasoned a win for Ali would prejudice both Carnegie and UMass financially and prejudice the patent ownership rights for UMass. However, my reading of the UMass Intellectual Property Policy (In this case, U. of Mass.- Amherst) states that  the University owns any patent rights that arise from the work of “covered individuals” and that such individuals must assign their rights to such IP to the University. The policy also provides that the inventor(s) shall receive 30% of any net royalty income, to be shared equally if no other agreement can be reached among them. In fact, the Bayh-Dole Act itself states that the non-profits organizations receiving Government funded research that elect title must share royalties they obtain with the inventors. (s. 202(c)(7).)

So the decision in this case seems wrong on a number of fronts. If this Policy – or one like it [and these are standard IP Policy Terms in most universities]– was in effect when Ali worked at UMass, he would only need to establish that he was a co-inventor to obtain a share of the royalties which, presumably would be extracted from the royalties received by the originally named inventors. UMass would not have to come up with additional payments from its share of the royalties. Recognition of his inventive contribution by the PTO –which the named inventors had disputed–would trigger the assignment of his IP rights to UMass, so no ownership issues would be in dispute.

Judge Dyk concurred, noting that a patent inventorship claim under 35 USC 256 is the only remedy for a claimant, but went on to state that “[u]nder these circumstances, it seems to me particularly harsh to hold that the federal action – in which the relief sought is directed to the Director of the Patent Office — cannot proceed without the state entity as a party.” But the Fed. Cir.’s summary of the DC court’s findings would permit such an action. See 684 Fed. Appx. at 989. Section 256 does require “notice and hearing of all parties concerned,” but UMass could participate without being named as a defendant, right?