In a recent press release, the World Intellectual Property Organization (WIPO) announced the China became the top Patent Cooperation Treaty (PCT) patent filer in 2019.  China filed 58,990 PCT applications in 2019 versus the United States’ 57,840 PCT applications.  The PCT allows applicants to delay filing patent applications in contracting states for an additional 18 months from from what is normally the 12-month deadline under the Paris Convention.  The PCT also provides an international search report that can help applicants determine patentability before filing in a contracting state. There are currently 153 contracting states to the PCT.

Applicants filed a total of 265,800 PCT applications in 2019, a 5.2% increase over 2018.  Chinese applicants were the lead filers with 58,990 applications, a 10.6% increase over 2018.  This contrasts with a decrease of 9% in Chinese invention patent applications filed domestically in 2019 versus 2018.  The increase in international filings may be due to the significant incentives local governments provide to Chinese applicants for these filings.  For example, the Pudong area of Shanghai provides 100,000 RMB per foreign patent (about $14,000 USD).  This reward can be combined with Zhangjiang Hi Tech Park’s reward of another 100,000 RMB per foreign patent. 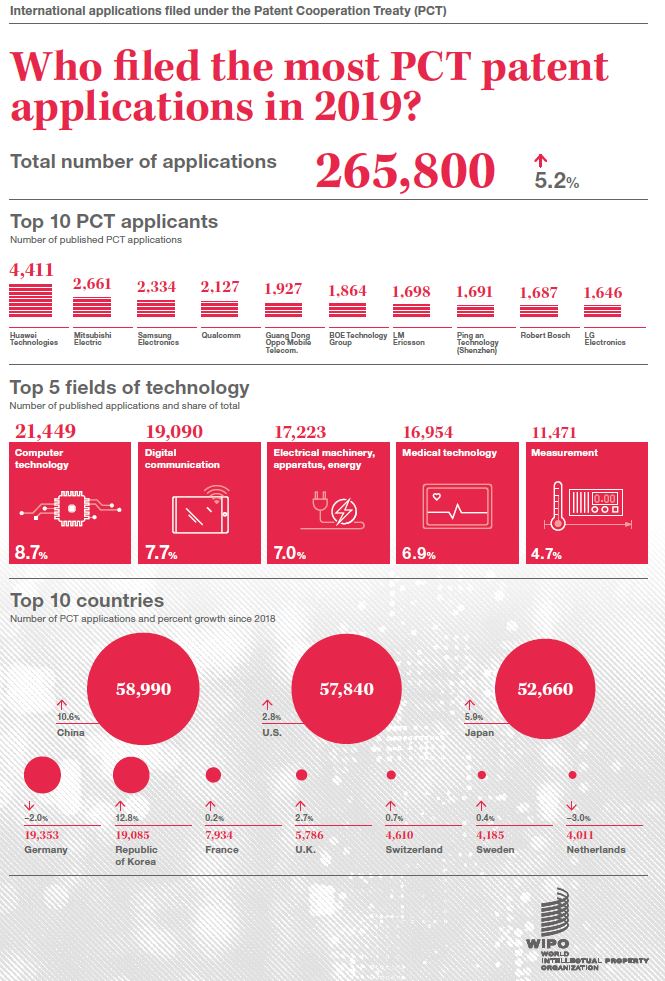