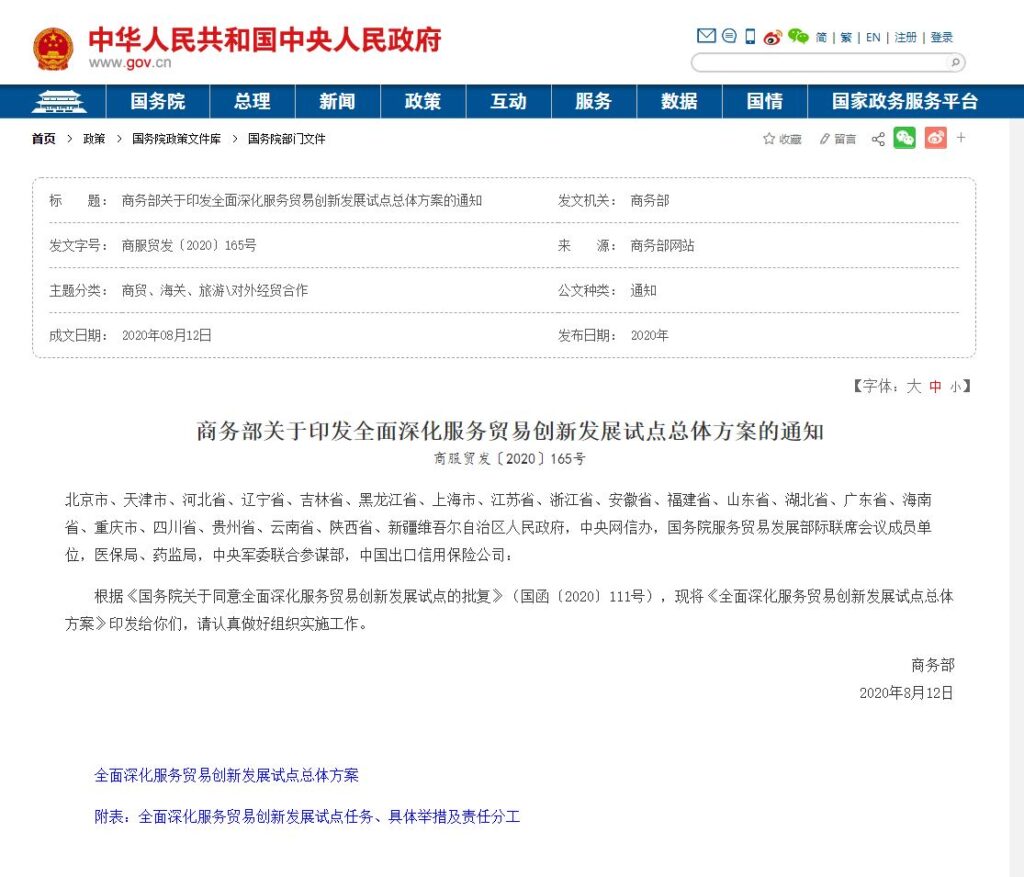 However, there are important caveats, the most important being that test takers must be Chinese permanent residents, which can be very hard to secure. Criteria include an investment in a business of at least $500,000 to $2 million USD (depending on location in China and industry); hold a high managerial position in China at specific institutions or companies for at least four consecutive years; make a great and outstanding contribution to China or being specially needed by China; or being a spouse or unmarried child of a person qualified based on the above. Other paths are based on familial relationships to Chinese. Only a few hundred of these “Chinese green cards” are issued annually.

Other relevant measures in the plan include pilot programs for foreign patent agencies to establish permanent representative offices in China and conduct trials for domestic law firms to hire foreign lawyers as foreign legal consultants.

The specific measures and division of responsibilities to implement them is available here: 全面深化服务贸易创新发展试点任务、具体举措及责任分工.