In Microsoft Corp. v. ProxyConn, Inc. v. Michelle K. Lee, Intervenor (Fed. Cir. cases 2014-1542 and -1543), the Federal Circuit reversed claim constructions made by the Board in the underlying IPRs.  One of the claim constructions that was reversed related to the interpretation of components of a packet-switched network.  In particular, the claims recite a gateway that is “connected to the packet-switched network in such a way that network packets sent between at least two other computers pass through [the gateway],” as stated in claim 6 of U.S. Patent No. 6,757,717:

6. A system for data access in a packet-switched network, comprising:

a gateway including an operating unit, a memory and a processor connected to said packet-switched network in such a way that network packets sent between at least two other computers pass through it;

a caching computer connected to said gateway through a fast local network, wherein said caching computer includes an operating unit, a first memory, a permanent storage memory and a processor; 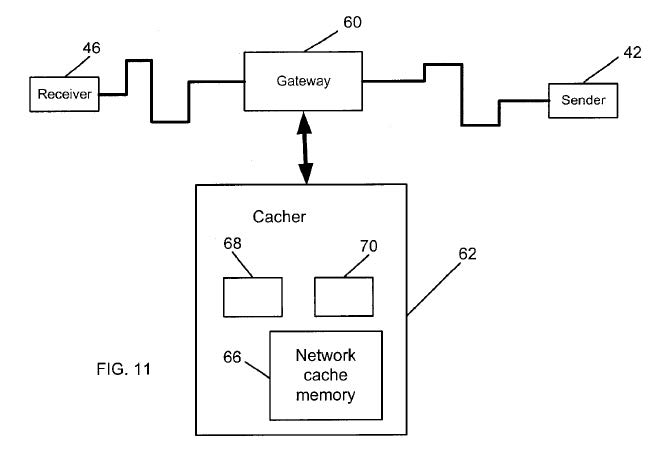 The Federal Circuit reversed the Board’s construction, first by analyzing the claim language:

Then the Federal Circuit turned to the specification:

The Federal Circuit vacated the Board’s findings of unpatentability of claims 6, 7, and 9, and remanded “for proceedings consistent with this opinion.”

Some takeaways from this portion of the appellate decision are:

We will explore more about the claim constructions and decision on the Patent Owner’s motion to amend in future posts.