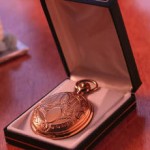 In this case, which put the “hurt” on patent holders with no relief in sight, the jury rendered a verdict of infringement of various claims of United States Patent No. 6,117,073 (“the ’073 patent” – 6117073) in favor of Golden Hour Data Systems, Inc. (“Golden Hour”) against defendants emsCharts, Inc. (“emsCharts”) and Softtech, LLC (“Softtech”). However, the district court subsequently granted Judgment as a Matter of Law (“JMOL”) of no joint infringement of claims 1, 68, 10, and 12-22 of the ’073 patent. (Click here for copy of Golden Hour Decision)

Golden Hour’s ’073 patent, entitled “Integrated Emergency Medical Transportation Database System” is directed to computerized systems and methods for information management services in connection with emergency medical transport, which is often performed by helicopter.  Providers of such emergency medical transportation must collect and track large amounts of data for the purposes of dispatching transport, treating patients (clinical services), and also for billing.  The systems of the ’073 patent provide for the integration of dispatch, clinical services, and billing data.  The ’073 patent discloses a dispatch module, a clinical module, an administration module, and a billing module.  By integrating record keeping, these systems seek to avoid the inefficiency, inaccuracy and potential adverse clinical results that come with redundancy in recordkeeping.

a second module capable of receiving information from the first module and billing the patient appropriately for costs indicative of the patient incident, including transportation costs.

15. A computerized method of generating a patient encounter record, comprising the steps of:

collecting patient information from a clinical encounter associated with a patient incident requiring emergency medical care by the emergency transport crew; and

The court agreed with the district court’s conclusion that “the evidence of control or direction was insufficient as a matter of law to uphold a finding of joint infringement” and upheld the JMOL.

The district court had also granted JMOL as to systems claims 1 and 68.  On appeal Golden Hour argued that emsCharts was liable for infringement of those claims because emsCharts sold its emsCharts.com program and Softtech’s Flight Vector software together, and together these systems comprised the systems of the asserted claims.  The Federal Circuit noted that “such a sale might well create liability on the part of emsCharts for the sale of the patented system, whether or not emsCharts controlled Softtech”, but that by agreement, claims 1 and 68 were submitted to the jury only on a joint infringement theory, and that such a verdict can only be sustained if there was control or direction of Softtech by emsCharts.  Accordingly, the court found that JMOL was properly granted as to the systems claims as well as to the process claims.

So, does the Muniauction case (and its predecessor cases) really require this holding at least with respect to the method claims?  Muniauction states, among other things:

While the two of the three judges of Muniauction panel found that the District Court had not erred in granting JMOL, Judge Newman dissented, stating that the parties had formed a strategic partnership to market their combined software offering and that the combined software offering included all the steps of the claimed process.  Judge Newman in effect says in her dissent that the strategic partnership itself constituted or formed a de facto entity that could be liable for infringement if even if the entity was not a formal corporate entity in and of itself and was formed from legally separate corporate entities.

Whether or not the requirements for joint infringement applied in the Golden Hour case by the Federal Circuit withstand the test of time is yet to be seen, but what can be seen immediately is that patent practicioners drafting claims to processes or systems need to be very mindful of the possibility of “split” infringement where two parties come together to combine software or process to achieve the claimed invention.  These situations commonly include integrated software solutions, where two or more solutions are combined to achieve a desired functionality.

For example, plug-in programs that in with a browser, or applications that are installed on an operating system and require the operating system or browser to perform certain of the claimed steps or functions.  Other obvious situations would be where the inventive software is intended to be part of a solution including software or hardware from other vendors.  Also obviously, practicioners should always endeavor to draft claims that exclusively cover only one module or portion of the software that is unlikely to be supplied as two or more separate solutions.  Or, the claims should at least avoid positively reciting steps or functionality that will be handled by “external” software (or hardare), and instead refer to such functionality or steps in the preamble as part of the environment, being mindful that such elements are not essential to the patentability of the invention and therefore vulnerable to being found non-limiting and invalidating the claim.

On the other hand, for prospective infringers, the Golden Hour case and its predecessors offer a “golden opportunity” to avoid infringement liability if a party is willing and able to partner with another entity to deliver a patented solution to its customers, at least if done in the right way, being mindful that the majority seem to be saying that had Golden Hour merely pursued a claim of direct infringement of their system claim due to the sale of the combined software solution by emsCharts.com. (“Such a sale might well create liability on the part of emsCharts for the sale of the patented system, whether or not emsCharts controlled Softtech.”)