Blogs   |   Have Software Patent Critics Been Drinking Their Own Cool-Aid for Too Long?

Have Software Patent Critics Been Drinking Their Own Cool-Aid for Too Long? 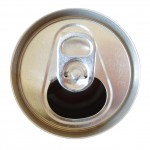 The anti-software patent rhetoric has really ramped up ever since Apple sued HTC, Oracle sued Google and Paul Allen’s Interval Licensing sued Apple, Google and others.  Just about every day there is another diatribe about the insanity of software patents.  The problem with these commentaries is that they are premised on so many mistaken assumptions it’s difficult to believe that the authors have put even an ounce of critical thought or research into their opinions.

Secondly, because it is electronic functionality that is patented, not computer software, it is an exercise in futility to even attempt to ban software patents without essentially banning patents on all electronic functionality.  Any other approach would be insanely irrational.  In particular, if a first party were to patent a new electronic device, anyone that could implement even one of the functions of such a device in “software” would, under such a regime, be outside the patent coverage and therefore free to copy with impunity.  Since just about any electronic function can be implemented either way, patents on electronic devices would largely be useless, including patents on medical devices, televisions, all control systems, automobile electronic systems, most mobile phone functionality including RF processing — just about anything anybody makes these days that involves electronics or even analog signals is programmable and therefore would be outside patent protection.  Perhaps worse yet, patent laws would discriminate against inventors who chose to implement their inventions in programmed devices as opposed to hard-wired devices.

Third, the anti-software zealots of been predicting the destruction of the software industry by software patents at least as early as 1995 and at least four times a year thereafter, for a total of no less than 60 such prognostications.  In the last 16 years the industry has grown at an astounding rate with no end in sight.   Nostradamus has a more credible track record than these prognosticators.

Fourth, the actual sums expended on sorting out patent disputes in the software industry is a pittance compared to the billions and billions of revenue generated and profits taken on an extremely profitable business by some of the most profitable companies on earth like Microsoft, Google and Oracle.  No one ever seems to feel sorry for these companies on any other account.

Fifth, of the tens of thousands of new software companies or software products launched each year there are only a tiny number that face debilitating patent suits unless they are large enough to deal with them.  The vast majority of these products or companies fail for reasons that have absolutely nothing to do with patent infringement.  Further, of the ones that succeed against long odds, few are better off with no patents to protect their long-shot success.  Why would any company rationally want to make it easier to be knocked-off after they risked large amounts of time and/or capital to establish the market for an innovative new product?

Sixth, if there was no software patent protection for software, the pundits and naysayers would probably be spending all their current anti-patent energy complaining it was too easy for the big companies to steal their best ideas since copyright only protects expression and not ideas.

In my opinion, the anti-patent lobby in the software industry has been drinking its own cool-aid for so long they no longer are able to question their fundamental assumptions, most of which don’t make any sense or have been proven wrong by the passage of time.  Is it any wonder that so much of the industry and so many small developers hate software patents after they have been fed misinformation for going on 20 years?