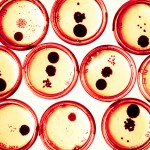 Recently, a new class of antibiotic, teixobactin, was discovered in the soil in a Boston researcher’s backyard via a high throughput in situ screening chip that detected individual bacteria capable of growing in an uncultured state. The resulting isolates were extracted and the extracts screened for antibacterial activity. One peptidyl compound, isolated from a new species of bacterium and named teixobactin (“TX”), was found to kill a wide variety of pathogens without detectable resistance. The Nature pre-print I have ends, “It is likely that additional natural compounds with similarly low susceptibility to resistance are present in nature and are waiting to be discovered.”

“Discovery” seems likely, but a close reading of the examples provided with the December “2014 Interim Guidance on Patent Subject Matter Eligibility” is not encouraging. Practitioners generally hailed the revised Guidance as releasing Examiners to allow claims on nature-based products that were structurally or functionally different from their closest counterparts in nature. However, Example 4, “Purified Proteins” indicates the PTO’s unwillingness to embrace (read “treat as precedent”) cases like Parke-Davis (Adrenaline) and Merck v. Olin-Mathieson (purified vitamin B-12).

The major claims in the Example are familiar from the notorious march 2014 Guidelines, which required that an isolated nature-based product (“Amazonic Acid”) be markedly different from the product in its natural state. The new examples analyze claims to “Antibiotic L” and “Purified Antibiotic L.” Since the claims are to nature-based products, they are tested to see if they possess markedly different characteristics from patent-ineligible “natural products.”

Now the Patent Office begins to throw down hurdles that get progressively higher. We are given a lot of information about “naturally occurring” Antibiotic L. In its state in nature it is a protein that occurs in hexagonal-pyramidal crystals that are “stored in the bacteria.” We are told that the patent specification discloses processes that isolate 100% L with the natural crystalline state and a process that yields L having tetrahedral crystals. The naturally occurring L, we are told, has amino acid SEQ ID NO:2 and has a bacillosamine N-glycan on residue 49 while recombinant yeast-produced L  claimed by applicants has a high mannose glycan on the same residue (funny thing – it also has improved bio-properties.)

So instead of simply saying that claim 1 is ineligible because it no more than claims the antibiotic in any state (in the jungle of nature or in the test tube) and saying that claim 2 is eligible in both crystalline states, claim 1 is found ineligible because it encompasses the natural crystalline form and claim 2 is eligible only because the specification limits the “purified” form as having a different crystalline form and glycosylation. Since the art worker would understand that these structural differences may lead to different properties than the naturally occurring L, we are told that the “markedly different” requirement is met.

What we wanted and expected the PTO to do was to allow the functional difference requirement to be met by the achievement  of isolating antibiotic L in a state where it could be evaluated as it was in the Nature paper – as active or inactive against specific pathogens, to be tested for resistance by sequential passaging, to be tested for mammalian cytotoxicity and to be subjected to the about 10 other evaluations carried out by the team of 23 scientists who are listed as co-authors on the paper. In short, we wanted and expected the PTO to adhere to the letter and the law of Parke-Davis, Merck and God-forbid, the vacated opinion In re Bergy, 596 F.2d 552 (CCPA 1979), in which Judge Rich wrote:

“The ‘biologically pure culture’ of claim 5 is a well-defined product of the microbiologist which is capable of producing the desired antibiotic lincomycin under controlled fermentation conditions. In contrast, the soil source in which the microorganism was discovered is a complex microbial environment which, as such, could not be used to produce a desired product under any known fermentation conditions. In summary, the soil contains a complex jungle of microorganisms. It is only by the discovery and skills of the microbiologist that biologically pure cultures of microorganisms come into existence.”

It would be unfair not to note that this post was prompted by the Examiner’s rejection of a claim (inter alia) to “isolated [structure of teixobactin]” in Serial No 14/095415 under the March 2014 Guidance, and attorney Maria Zacharakis’ thorough reply on March 2, 2015. I have colleagues that would bet, based on the December 2014 Guidance, that her arguments will surely prevail. I’m not so sure. Note how the PTO Examples duck precedent by creating a fact situation wherein a lot is known about the naturally occurring antibiotic, so that the markedly different standard can be applied. But in the teixobactin discovery/prosecution story nothing was known about the structure or properties of teixobactin until the inventors dragged it out of the jungle of nature—less than what was known about vitamin B12 or adrenalin.  Attorney Zacharakis simply cannot meet the markedly different standard because, right now, no one knows if there is anything from which to draw a comparison. So she is left to argue that “isolation” should be sufficient, and she gives it the all-out grad school try:

“[T]he compound of Formula (II) is not present in nature in useable form because it is present in extremely low concentrations in the soil, and in order to get the value of it a subject would need to consume a vast volume of dirt that would not only be impossible to achieve, but likely very dangerous as the soil may contain other chemicals or pathogenic organisms that would sicken the subject consuming the dirt….This Applicants’ isolation of the compound of Formula (II) transformed the compound as it existed in nature into a ‘new and useful…composition of matter,’ or at the very least a ‘new and useful improvement thereof,” as required under [101].”

Of course, the teixobactin story is far from over, both in the Patent Office and in the lab, but the next Example the Patent Office sends around for our consideration should have the intellectual fortitude to tell us which side of Parke-Davis, Mayo, Bergstrom and yes, even Bergy it is on.