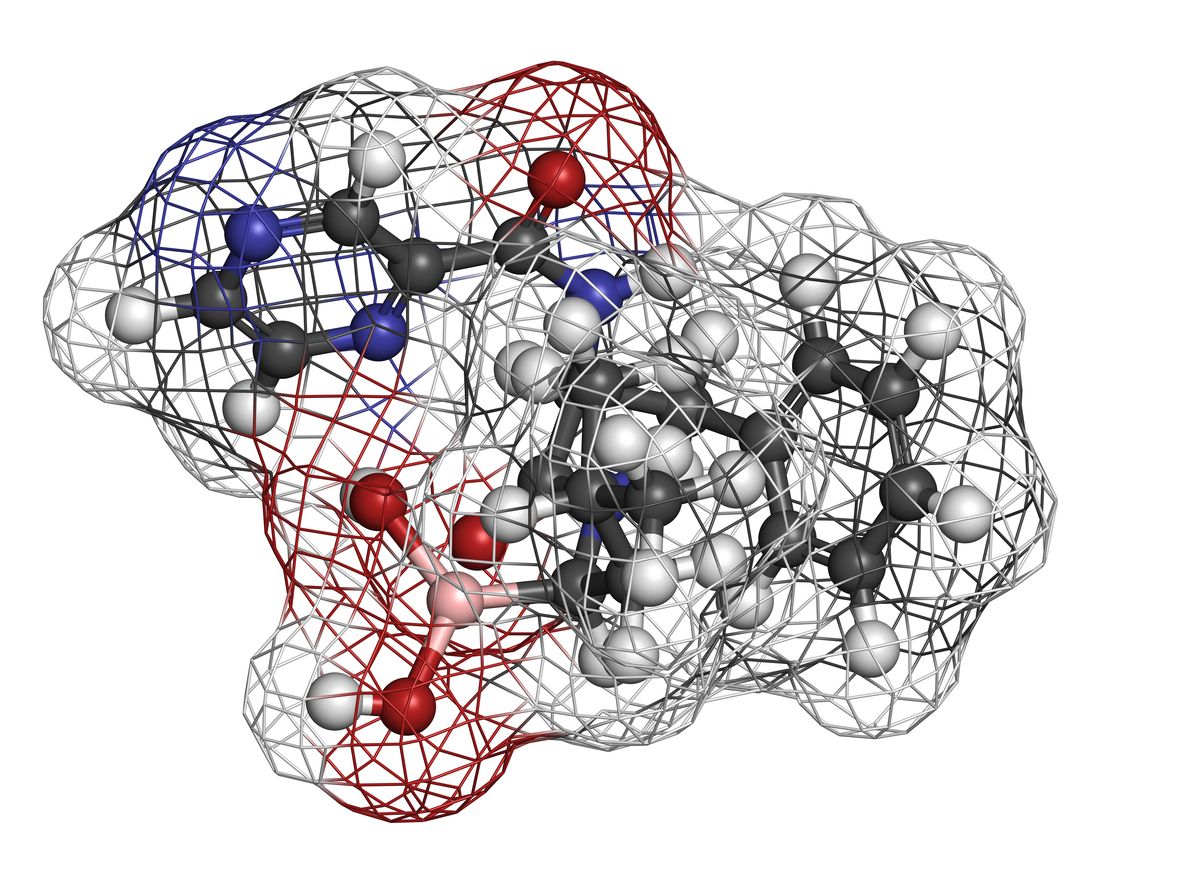 In the 2003 panel decision in Schering Corp. v. Geneva Pharm., Inc., the panel rejected “the contention that inherent anticipation requires recognition [of the claim element not found] in the prior art.” The claims were directed to a bioactive metabolite of an earlier patented drug that was not mentioned in the earlier patent. Hearing en banc was denied, but Judges Lourie and Newman dissented.

In Millennium Pharm. v. Sandoz, Inc., Appeal no. 2015-2066  (Fed. Cir., July 17, 2017), a Hatch-Waxman suit comprising about 15 defendants, a Fed. Cir. panel made up of Judges Newman, Mayer and O’Malley reversed a district court decision that the compound Velcade was obvious. Velcade is an ester had been accidently formed by lyophilizing the active bortezomib with the bulking agent mannitol. Since the lyophization of other drugs with polyhydroxy compounds such as Mannitol was well-known, even though bortezomib had never been lyophilized with mannitol, the district court agreed with Sandoz that Velcade was the inherent result of an obvious process and so, was itself obvious.

The Fed. Cir. panel disagreed, finding that “the prior art does not teach or suggest that lyophilization of bortezomab in the presence of mannitol would … form a new chemical compound, or provide a reason to make this specific new chemical compound, or that this compound would solve the previously intractable problems of bortezomab formulations [low solubility in water, instability].”

The problem remaining for the panel was somehow to distinguish earlier decisions such as Schering and Oelrich, In re 666 F.2d 587 (CCPA 1981) explaining that “inherent anticipation…may not be established by probabilities or possibilities….If, however, the disclosure is sufficient to show that the natural result flowing from the operation as taught would result in the performance of the questioned function, it seems to be well-settled that the disclosure [in the challenged patent] should be regarded as sufficient.”(Emphasis supplied). See Mueller on Patent Law, s. 7.03.

While extrinsic evidence can be used to support an allegation that the natural result of the lyophilization of bortezomib with mannitol would be the specific ester claimed, other esters could have formed, and the panel spent considerable space in the opinion weighing the quality of the testimony of Sandoz’ experts, and finding it wanting. The panel went so far as to find that the entirety of the evidence taught away from carrying out the process to begin with, and also faulted the district court for not considering the unexpected properties of the ester which the panel also found were not inherent in the ester The panel reasoned: “No expert testified that they foresaw or expected, or would have intended, the reaction [to form the ester] or that the resulting ester would have the long sought properties and advantages.”
But so what? Schering v. Geneva a held the inherent anticipation does not require recognition of the claimed subject matter in the prior art period. The Millennium opinion does not cite Schering once and apparently feels that inherent obviousness is a distinct doctrine: “obviousness is measured objectively in light of the prior art, as viewed by a person of ordinary skill in the field of the invention.” In other words, if the claimed process or product is nonobvious to the POSA in view of the available art including extrinsic evidence, the inherency doctrine cannot supply the missing pieces of the claim period. End of story?