Patent Office Guidance for Examiners in wake of CLS Bank Decision: No Change for Now 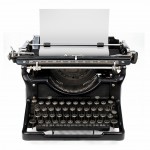 The memo summarizes the initial takeaways from CLS Bank as follows:

The memo concludes that further study is needed and that this is an ongoing consideration in light of the decision:

Given the multiple divergent opinions, the USPTO is continuing to study the decision in CLS Bank and will consider whether further detailed guidance is needed on patent subject matter eligibility under 35 U.S.C. § 101.