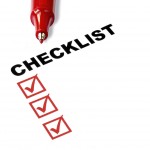 In Fifth Market, Inc. v. CME Group Inc, et al., (1-08-cv-00520, D. Del), the Patent Owner/Plaintiff (Fifth Market, Inc.) sued multiple Defendants on two patents (U.S. Pat. No. 6,418,419 and U.S. Pat. No. 7,024,387) in 2008.  Three amended complaints were subsequently filed, the last one on January 10, 2011.  The Defendants answered on February 7, 2011, asserting affirmative defenses and counterclaims to the thir amended complaint.  A Markman hearing was held on April 5, 2011 and on April 21, Patent Owner/Plaintiff filed a motion to stay the litigation pending the outcome of the reexaminations.  According to the Court’s order, the timing of events was this:

The motion to stay was opposed by the Defendants; however, the motion was ultimately granted by Chief District Judge Sleet after the traditional three factor test was applied (state of discovery, whether a stay will simplify issues, and prejudice to nonmoving party).  The Order for the stay, dated May 20, 2011, stated:

The court understands the plaintiff’s concern about the defendants’ timing and tactics.  The facts and procedural history of this case are interesting.

In particular, the Court found:

What is not clear from the record is why the reexamination request of March 28 was not known or served on Plaintiff sooner than April 15.  And the record shows that the reexamination request filed on April 1 was actually filed electronically on April 2, and was accorded an April 29 filing date due to a defect in the filing.  Regardless, this case shows yet another example of the fact-dependent analysis involved in decisions to stay litigation pending reexamination.