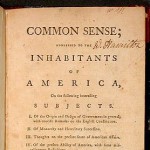 Yesterday, in Therasense, Inc. v. Becton, Dickinson and Company (Fed. Cir. 2011) (en banc) (a copy is attached at the end of this post), the Federal Circuit handed down an historic and much needed update to the law of inequitable conduct.  The en banc (6-1-4) decision markedly increased the requirement for proof of inequitable conduct:  “This court now tightens the standards for finding both intent and materiality in order to redirect a doctrine that has been overused to the detriment of the public.”  The court rejected the “sliding scale” approach that previously allowed intent to deceive to be inferred from strong materiality.  The new standard makes intent and materiality separate requirements, and forbids a court from inferring intent solely from a strong showing of materiality.   Now, evidence of deceitful intent must be weighed separately from materiality, and proven by clear and convincing evidence.  The clear and convincing standard requires that a finding of deceptive intent must be “single most reasonable inference able to be drawn from the evidence.”

The following passages from majority opinion in Therasense set forth the heart of the decision:

Intent and materiality are separate requirements. Hoffmann-La Roche, Inc. v. Promega Corp., 323 F.3d 1354, 1359 (Fed. Cir. 2003). A district court should not use a “sliding scale,” where a weak showing of intent may be found sufficient based on a strong showing of materiality, and vice versa. Moreover, a district court may not infer intent solely from materiality. Instead, a court must weigh the evidence of intent to deceive independent of its analysis of materiality. Proving that the applicant knew of a reference, should have known of its materiality, and decided not to submit it to the PTO does not prove specific intent to deceive. See Star, 537 F.3d at 1366 (“the fact that information later found material was not disclosed cannot, by itself, satisfy the deceptive intent element of inequitable conduct”).

Because direct evidence of deceptive intent is rare, a district court may infer intent from indirect and circumstantial evidence. Larson Mfg. Co. of S.D., Inc. v. Aluminart Prods. Ltd., 559 F.3d 1317, 1340 (Fed. Cir. 2009). However, to meet the clear and convincing evidence standard, the specific intent to deceive must be “the single most reasonable inference able to be drawn from the evidence.” Star, 537 F.3d at 1366. Indeed, the evidence “must be sufficient to require a finding of deceitful intent in the light of all the circumstances.” Kingsdown, 863 F.2d at 873 (emphasis added). Hence, when there are multiple reasonable inferences that may be drawn, intent to deceive cannot be found. See Scanner Techs. Corp. v. ICOS Vision Sys. Corp., 528 F.3d 1365, 1376 (Fed. Cir. 2008) (“Whenever evidence proffered to show either materiality or intent is susceptible of multiple reasonable inferences, a district court clearly errs in overlooking one inference in favor of another equally reasonable inference.”). This court reviews the district court’s factual findings regarding what reasonable inferences may be drawn from the evidence for clear error. See Star, 537 F.3d at 1365.

This court holds that, as a general matter, the materiality required to establish inequitable conduct is but-for materiality. When an applicant fails to disclose prior art to the PTO, that prior art is but-for material if the PTO would not have allowed a claim had it been aware of the undisclosed prior art. Hence, in assessing the materiality of a withheld reference, the court must determine whether the PTO would have allowed the claim if it had been aware of the undisclosed reference. In making this patentability determination, the court should apply the preponderance of the evidence standard and give claims their broadest reasonable construction. See Manual of Patent Examining Procedure (“MPEP”) §§ 706, 2111 (8th ed. Rev. 8, July 2010). Often the patentability of a claim will be congruent with the validity determination—if a claim is properly invalidated in district court based on the deliberately withheld reference, then that reference is necessarily material because a finding of invalidity in a district court requires clear and convincing evidence, a higher evidentiary burden than that used in prosecution at the PTO. However, even if a district court does not invalidate a claim based on a deliberately withheld reference, the reference may be material if it would have blocked patent issuance under the PTO’s different evidentiary standards. See MPEP §§ 706 (preponderance of the evidence), 2111 (broadest reasonable construction).

As an equitable doctrine, inequitable conduct hinges on basic fairness. “[T]he remedy imposed by a court of equity should be commensurate with the violation.” Columbus Bd. of Educ. v. Penick, 443 U.S. 449, 465 (1979). Because inequitable conduct renders an entire patent (or even a patent family) unenforceable, as a general rule, this doctrine should only be applied in instances where the patentee’s misconduct resulted in the unfair benefit of receiving an unwarranted claim. See Star, 537 F.3d at 1366 (“[j]ust as it is inequitable to permit a patentee who obtained his patent through deliberate misrepresentations or omissions of material information to enforce the patent against others, it is also inequitable to strike down an entire patent where the patentee committed only minor missteps or acted with minimal culpability”). After all, the patentee obtains no advantage from misconduct if the patent would have issued anyway. See Keystone, 290 U.S. at 245 (“The equitable powers of the court can never be exerted in behalf of one . . . who by deceit or any unfair means has gained an advantage.”) (emphasis added) (internal citations omitted). Moreover, enforcement of an otherwise valid patent does not injure the public merely because of misconduct, lurking somewhere in patent prosecution, that was immaterial to the patent’s issuance.