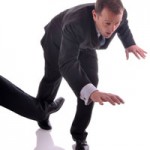 The above UK-based European Practitioners have today filed comments at the USPTO arguing that the USPTO’s Myriad-Mayo Guidance is inconsistent with the provisions of Article 27 of the TRIPs Agreement.

They argue that the ruling of Justice Thomas in Myriad is TRIPs-compliant only on the narrow holding that mere isolation of a DNA sequence unaccompanied by new, improved or extended utility does not give rise to eligibility. Any broader interpretation of the ruling e.g. to exclude natural products selected or isolated by the hand of man and possessing new or improved utility would be inconsistent with the express provisions of the Agreement. It will be recollected that Justice Ginsburg during oral argument in Myriad was concerned that the US was at risk of adopting a rule quite different from that of other industrialised nations and would be placing itself in an isolated position. Only the suggested interpretation, they argue,  would avoid those concerns, and they submit that the Court had these considerations in mind when it handed down its limited and cautious opinion in Myriad.

The exclusion of newly invented or discovered chemical entities or compositions of matter that comply with TRIPs Article 27.1 and Note 5 insofar as they exhibit new, improved or extended utility cannot in their view be reconciled with the provisions of that Article. Another particular concern is Example D  identifying naturally occurring bacterial strains as falling within judicial exceptions and hence ineligible under §101. They argue that it is difficult to see how that Example can be consistent with TRIPs Article 27(3) which expressly provides eligibility for microorganisms.

A copy of their comments as filed can be found here:

You can also find  CIPA’s cover letter and submission here: