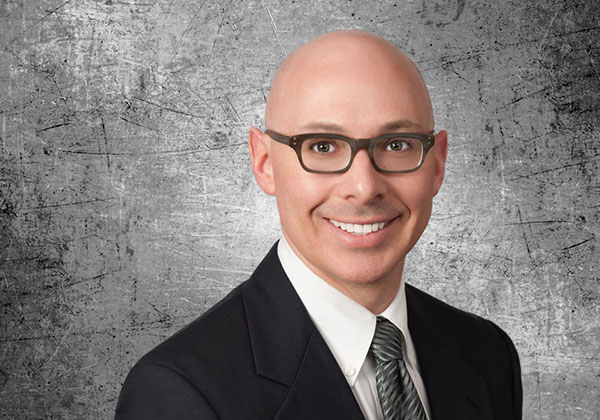 Ron Gerber is a patent agent in Schwegman’s Minneapolis office. Ron’s practice includes preparation and prosecution of domestic and international patent applications in the optical, electrical, and mechanical arts, including medical devices.

Prior to becoming a patent agent, Ron worked as a senior design engineer for optical systems for several large multinational companies. His work experience included computer simulation of optical systems, mechanical budget analysis, component and system design and tolerancing for telecommunications, and fundamental research in optical data storage. As an inventor, he has 22 issued U.S. Patents to his name.

As an engineer and inventor, Ron was tasked with writing invention disclosures and explaining highly technical subject matter to upper management. Prompted by a compliment from a respected patent attorney, Ron left engineering to pursue a legal career as a patent agent. Nowadays, Ron still enjoys explaining and communicating.

For fun, Ron hosts a pop music radio show, which has been heard weekly since 1992 and has affiliates on two continents. Ron finds that comparisons can be drawn between writing invention disclosures and crafting a good talk break on his radio show. “For both of them, I need to tell a story in various constraints,” he explains. Ron is the author of a 2017 book about radio titled, “Between The Songs,” and a 2012 memoir titled, “Greatest Hits Vol. 1.”

May 1990, B.S. Optics, Graduated with distinction

Contributed to eight records of invention, and was the chief technical writer for them.

3M, Optical Recording Department, Vadnais Heights, MN, 1991 – 1992, Co-op
Continued work on a benchtop testbed that tests magneto-optical discs in the blue wavelengths.
Responsible for optical layout and alignment, GPIB and RS-232 programming for the equipment, and control electronics for the focus and tracking systems.

Showed experimentally that sending discs through the coating process does not change the substrate birefringence.

Tested a Zeiss lithography lens at its design wavelength in the near UV.

Past President, current webmaster and member, MN Chapter of Optical Society of America.