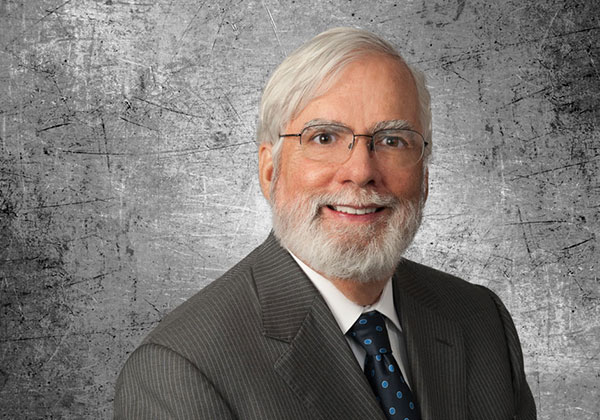 Warren Woessner is a registered patent attorney and a founding shareholder of Schwegman Lundberg & Woessner. His practice focuses on chemical patent law, including biotechnology, pharmaceuticals, vaccines, medical treatments, diagnostics, and biofuels and agricultural chemistry, including related opinion and licensing matters. In addition, Warren has served as an expert witness and also works in mediation of inventorship disputes and solutions for complex prosecution problems. Warren received his B.A. in chemistry (1966) from Cornell University, his Ph.D. (organic chemistry, 1971) and his law degree (J.D., cum laude, 1981) from the University of Wisconsin – Madison. From 1972-1978 he worked for Miles Laboratories in new drug research. Warren was an associate attorney at Kenyon & Kenyon from 1981-1984, and then joined Merchant & Gould in Minneapolis. He founded their chemical practice group and became a partner in 1989. Warren also co-founded the Biotechnology Committee of the Minnesota Intellectual Property Law Association. He has published and spoken widely on legal topics, was the 1993-1995 chair of the Chemical Practice Committee of the American Intellectual Property Law Association, chaired the Biotechnology Committee (2003-2005) and has served as a member of the Amicus Committee. He co-authored the AIPLA amicus briefs to the Federal Circuit and the Supreme Court in J.E.M. Ag Supply v. Pioneer Hi-Bred. Warren is a Certified Licensing Professional – LES.

Warren also has a popular blog about IP bio law that can be found at www.patents4life.com.

“You Can’t Patent That! Can You” and Judge, “A New and Exciting Game Show: Analyze that Contract” (Annual Meeting, Orlando, FL, Speaker, February 2009)

Speaker, “Assessing the Impact of the Doctrine of Equivalents on Claim Interpretation and Non-Infringement Opinions” (New York, NY, September 2006)