During the trial on April 16, 2020, the Chaoyang Bureau argued that the infringement was malicious as Mackey English had applied for a trademark for VIPABC and was rejected in 2012 based on the mark at issue.  Nonetheless, Mackey English continued advertising, including celebrity endorsements.

A decision has not yet been released. 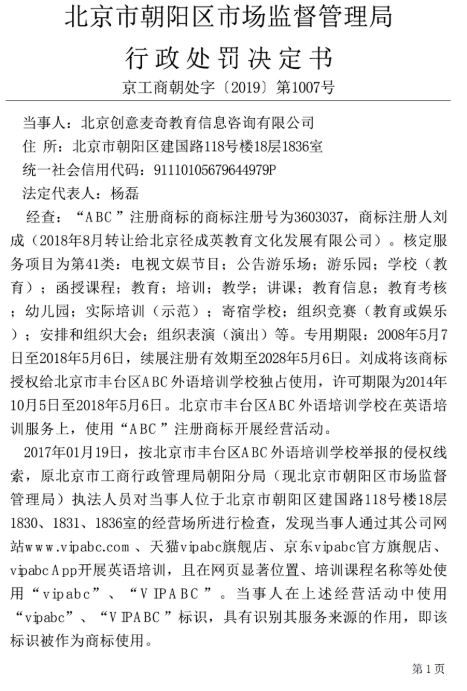 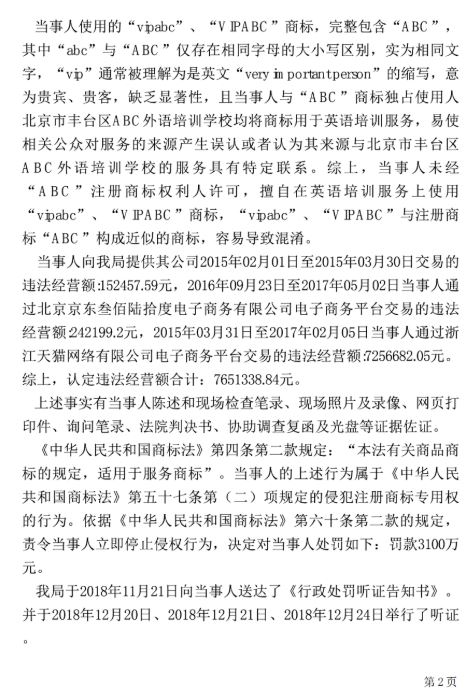