Blogs   |   A Quick Look at a Representative Claim in Ferguson v. Kappos, the "Other" Business Method Case Disposed of by the Supreme Court

A Quick Look at a Representative Claim in Ferguson v. Kappos, the "Other" Business Method Case Disposed of by the Supreme Court 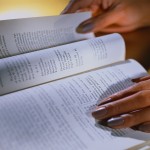 The interim guidance published by the USPTO last month (see my postings of last week) noted that the day after deciding Bilski, the Supreme Court denied certiorari in Ferguson v. Kappos, U.S. Supreme Court No. 09–1501, while granting, vacating, and remanding two other Federal Circuit section 101 cases. The USPTO guidance surmised that the denial of certiorari left intact the rejection of all of Ferguson’s claims, and that although the Federal Circuit had applied the machine-or-transformation test to reject Ferguson’s process claims, the Supreme Court’s disposition of Ferguson made it likely that the Ferguson claims also run afoul of the abstract idea exception.  As such, if you have not yet seen Ferguson’s claim 1, which is representative, here it is:

1. A method of marketing a product, comprising:

obtaining a share of total profits from each of said plurality of different autonomous producing companies in return for said using; and

obtaining an exclusive right to market each of said plurality of products in return for said using.

Clearly this claim does not require any physical steps per se, or require the use of any “mechanisms”, as its core limitations constitute the abstract concepts of marketing, obtaining exclusive rights and sharing profits.