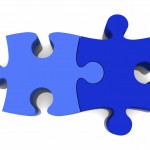 The Central Reexamination Unit (CRU) handling the ex parte reexamination issued a second non-final office action on December 21, 2012.  Meanwhile, on January 10, 2013, the Scotts Company filed a petition for inter partes review of the ’259 patent in the PTAB (The Scotts Company LLC v. Encap, LLC; IPR2013-00110).  Shortly after that, Encap filed its response for rejection in the ex parte reexamination on February 21, 2013.  Encap filed a supplemental response on March 1, 2013.  A Notice of Defective Paper was issued by the PTO on April 20, 2103 allowing Encap one more month to correct its response, but Encap won’t need that month because on Monday, May 13, 2013, the Patent Trial and Appeal Board (PTAB) ordered a stay of the reexamination prior to deciding on whether to institute trial in the inter partes review.

Reasons for the Reexamination Stay

The Board noted that even though the claims subject to ex parte reexamination include additional claims that are not the subject of the IPR petition, all of the challenged claims are being reexamined.  Additionally, some of Petitioner’s asserted grounds of unpatentability in the IPR are based on the same prior art references that are the bases of the Examiner’s rejections in the reexamination.  In its Order of May 13th (at p. 2), the Board explained the administrative stay of the reexamination as follows:

The Board will not ordinarily stay a reexamination because, in the absence of good cause, reexaminations are conducted with special dispatch. Conducting the reexamination concurrently with the instant proceeding, however, would duplicate efforts within the Office and could potentially result in inconsistencies between the proceedings. Notably, because all the challenged claims also are being reexamined, the Patent Owner could amend those claims, which could change the scope of the challenged claims while the Board is conducting its review. Further, because of the overlap between the asserted prior art references in this proceeding and the bases of the Examiner’s rejections, the patentability of all of the challenged claims could be determined in both the instant proceeding and the reexamination based on the same grounds of unpatentability.

The Board is required to determine whether to institute an inter partes review within 3 months after receiving the preliminary response from the patent owner.  35 U.S.C. § 314(b).  The Patent Owner’s Preliminary Response was filed April 15, 2013 (according to PRPS).  The final determination of any review instituted will normally be issued no later than 1 year from institution. 35 U.S.C. § 316(a)(1), and 37 C.F.R. § 42.100(c).  The Board found that any decision on whether to institute a review or final written decision with respect to the patentability of the challenged claims will likely simplify the issues in the reexamination.

Patent Owner’s Preliminary Response explains that the parallel district court litigation is stayed pending the resolution of the ‘259 ex parte reexamination.  Patent Owner makes it clear that “time is of the essence” in a decision, alleging that “Petitioner continues to sell hundreds of millions of dollars of infringing products each year.”  (Patent Owner Preliminary Response at page 7).