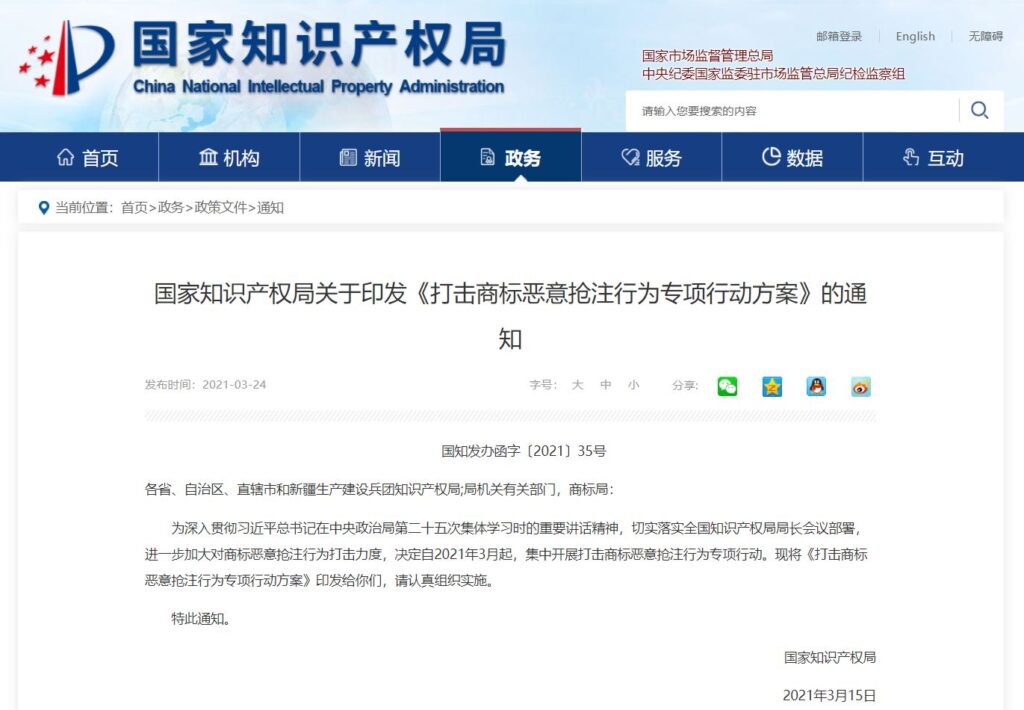 Article 2 of the Notice specifies the behaviors that CNIPA will focus cracking down on:

(5) maliciously squatting the general name, trade terminology or other public commercial resources of commodities or services;

(7) maliciously squatting any trademark or other commercial mark which has a relatively high popularity or strong distinctiveness and damaging the prior rights and interests of others;

(8) Obviously violating the prohibited circumstance as prescribed in Article 10 of the Trademark Law or any other circumstance in violation of public order and good customs, and causing any significant negative or negative social impact on the political, economic, cultural, religious, ethnic and other public interests and public order of China;

(9) The trademark agency knows or should have known that its client is engaged in the aforesaid acts, but still accepts the client’s entrustment or disturbs the order of trademark agency by any other improper means; and

(10) Other circumstances that obviously violate the principle of good faith.

The plan will be implemented in three phases:

The full text is available here (Chinese only).