China to Cancel All Patent Subsidies

On January 27, 2021, the China National Intellectual Property Administration (CNIPA) announced in the “Notice of the CNIPA on Further Strictly Regulating Patent Application Behavior” (国家知识产权局关于进一步严格规范专利申请行为的通知) the end of all patent subsidies by 2025. Subsidies for patent application filings and other stages of the patent prosecution process (e.g., requesting exam) will end by June 30, 2021. Only subsidies for granting of patents (including foreign patents) are allowed for now but local governments must cancel them by 2025.  The timing of this announcement (coincidentally?) coincides with the January 13, 2021 U.S Patent and Trademark Office (USPTO) report on Non-Market Factors in China that increase patent and trademark filings by Chinese applicants. 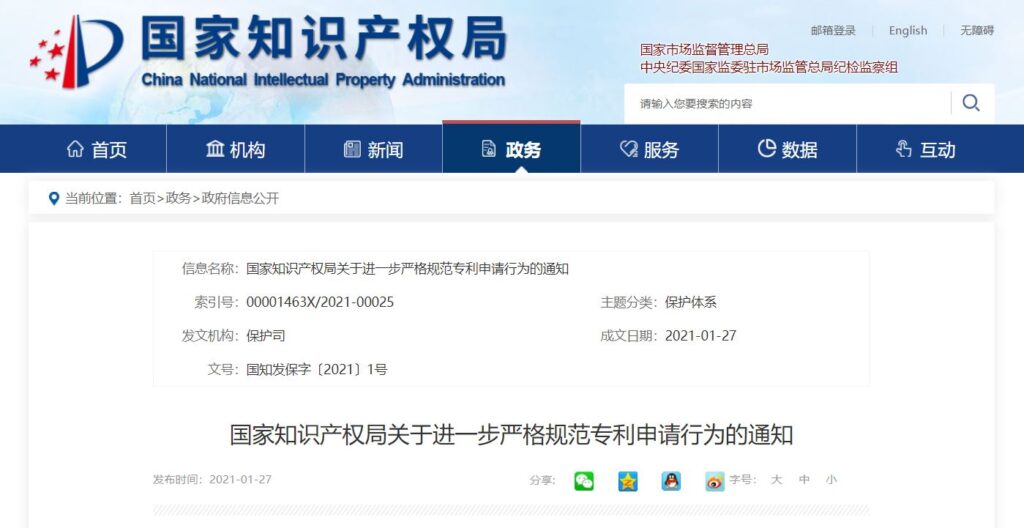 The Notice further states the total amount of funding at all levels and types of funding received by the grantees shall not exceed 50% of the official fees paid for obtaining patent rights, and shall not subsidize the patent annual fees and patent agency service fees.

Subsidies are likely a major factor in the growth of Patent Cooperation Treaty (PCT) applications, in which China was the top filer in 2019. For example, the city of Shanghai provides a patent subsidy of 50,000 RMB (~$7,700 USD) for each foreign patent granted via the PCT versus 40,000 RMB for each foreign patent grant that was filed directly (e.g., via Paris Convention).  However, the subsidy for the grant of Chinese patents is only 2,500 RMB.