On August 27, 2021, the China National Intellectual Property Administration (CNIPA) released a report entitled Development Status of the Patent Agency Industry (2020) (专利代理行业发展状况（2020年)). According to the report, as of the end of 2020, the number of Chinese patent practitioners has reached 53,090, among which 23,193 are practicing patent attorneys, and there are 3,253 patent agencies (excluding Hong Kong, Macao and Taiwan).  In contrast, the U.S. has 47,228 registered patent practitioners despite having approximately a quarter of the population of China and approximately a third of the invention patent applications filed annually in China. 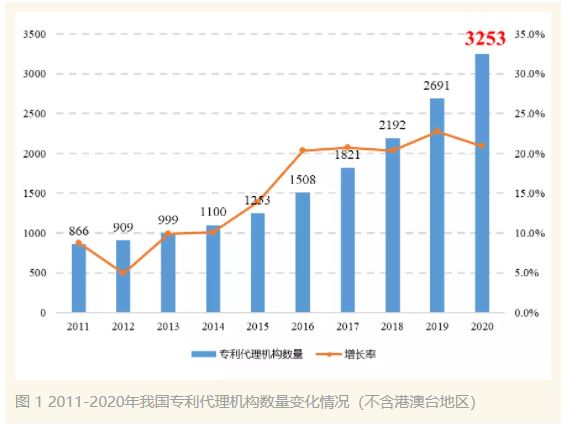 As of the end of 2020, China had 23,193 practicing patent attorneys. This implies that each patent attorney was responsible for drafting and filing, on average, 63 inventions patent applications, another 126 utility models, and another 33 design applications based on total 2020 filings listed in CNIPA’s annual report for 2020. 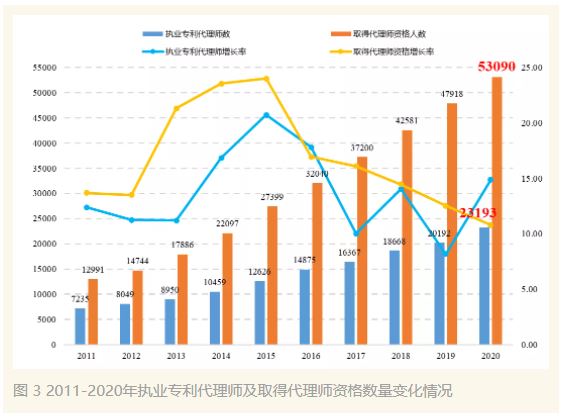 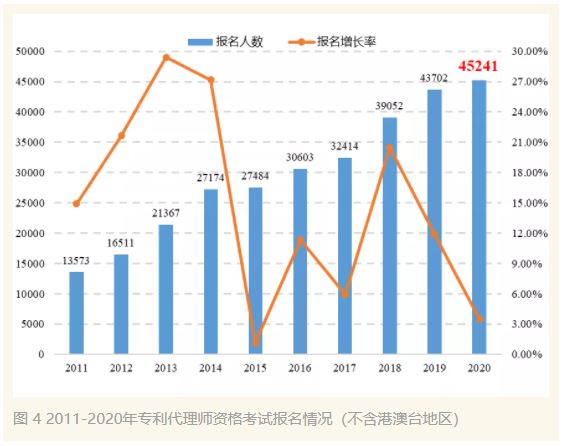