The Third Session of the 13th National People’s Congress (NPC) voted and passed the “Civil Code of the People’s Republic of China” on May 28, 2020. This law will come into effect on January 1, 2021.  While referred to by the Chinese press as the Encyclopedia of Social Life, the new Civil Law includes many provisions related to intellectual property (IP).  At first read, the most striking IP provision is for punitive damages for intentional infringement, which will be potentially most valuable in patent infringement cases.

Article 1185 (out of 1260 articles) states, with reference to IP, “if the circumstances are serious, the infringed person shall have the right to request corresponding punitive damages.”  This actually aligns with the newly amended trademark law that provides for increased punitive damages. Article 63 of the trademark law, as amended in November 2019,  increased punitive damages from up to treble to up to quintuple assessed damages when infringement is “committed in bad faith and the circumstance is serious.”

The NPC also released a draft amendment of the Copyright Law that provided for punitive damages on April 26, 2020. Article 53 of the draft amendment adds quintuple damages for intentional infringement and raises maximum statutory damages to 5 million RMB from 500,000 RMB when damages are hard to prove. Accordingly, even if the draft is not approved quickly, punitive damages should be available for copyright infringement starting next year.

Where this provision may have the most effect is in the patent law, which currently does not have a provision for punitive damages.  However, the Supreme People’s Court is working on an “Interpretation of Several Issues Concerning the Application of Law on Punitive Compensation for Intellectual Property Infringement” to be completed in the First Half of 2021. The Civil Law, which comes into effect on January 1, 2021 will presumably precede the Supreme People’s Court’s project’s issuance. 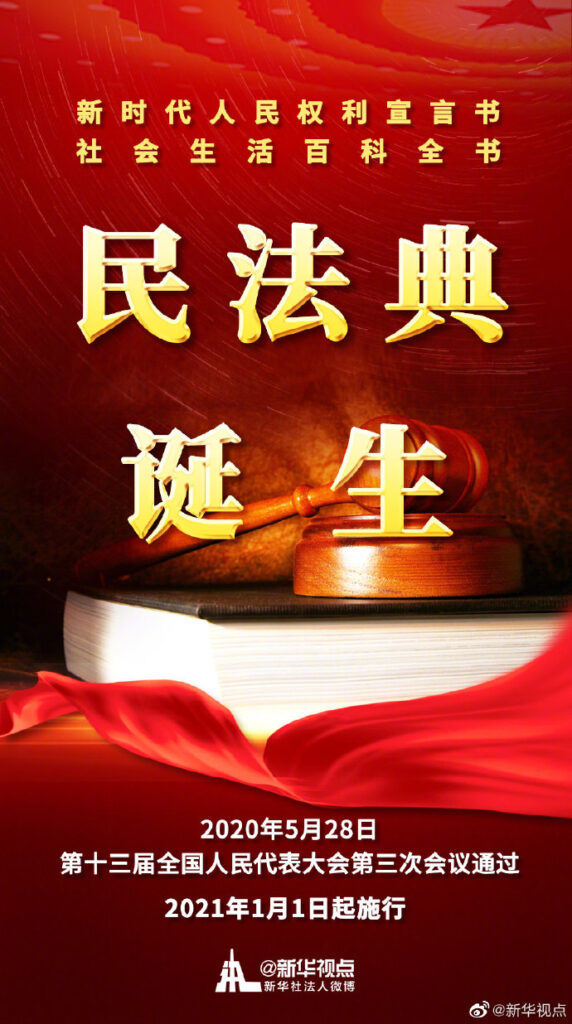