Chinese Patent Filings Down 14% in October 2020

According to statistics released November 17, 2020, October 2020 Chinese invention patent applications filing dropped 14.5% versus September 2020.  Similarly, utility model patent applications filings dropped almost 15%.  While a drop was expected due to the Mid-Autumn Festival and National Day holidays, the drop was much steeper than last year’s drop of 6.3% and 5.8% respectively.  The China National Intellectual Property Administration (CNIPA) did not provide a reason for the drop. Cumulative filings though are significantly higher than last year, especially for utility model patent applications. 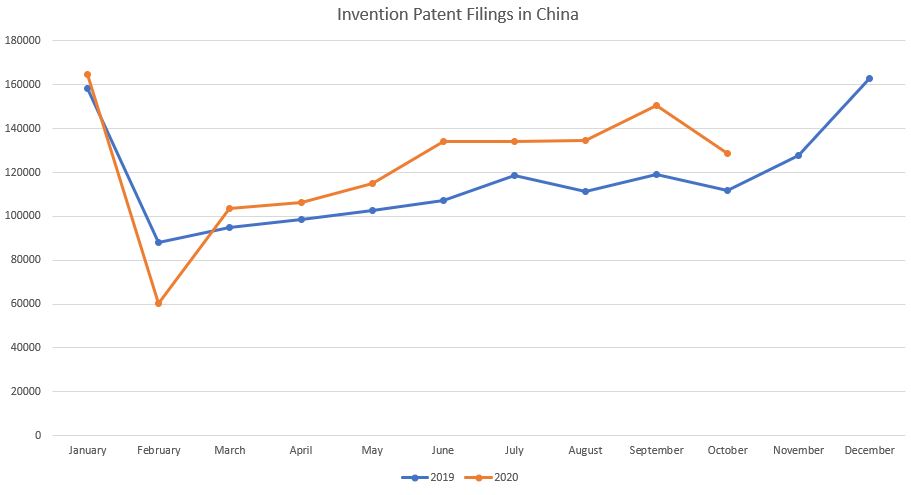 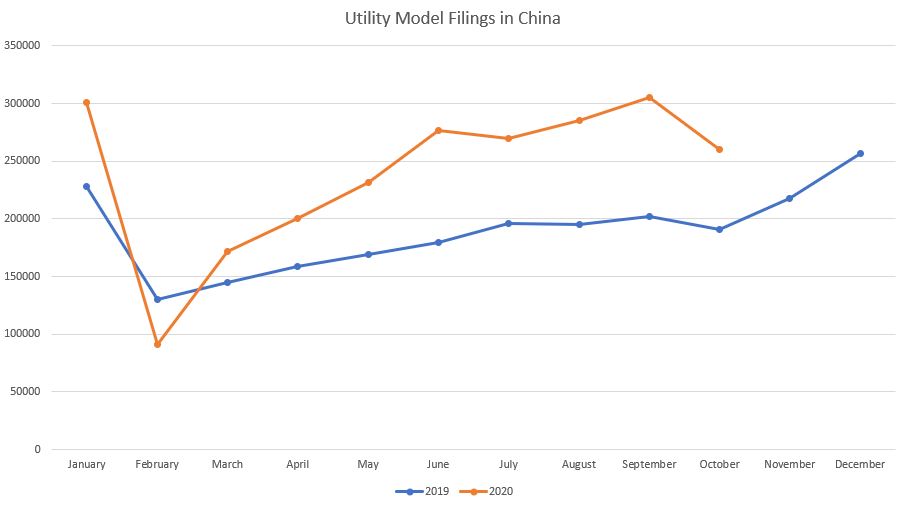