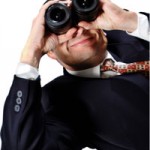 Passing on the opportunity to provide a usable test to determine what is an “abstract idea,” the Supreme court simply compared the idea underlying the claims in Alice v. CLS Bank to those in Bilski and said they both are directed to abstract ideas implemented by a general purpose computer: “In any event, we need not labor to delimit the precise contours of the “abstract ideas” category in this case. It is enough to recognize that there is no meaningful distinc­tion between the concept of risk hedging in Bilski and the concept of intermediated settlement at issue here. Both are squarely within the realm of “abstract ideas” as we have used that term.”

At least on the bright side, no further damage to subject matter eligibility appears to have been done by the decision.  It just appears to be a repeat of Bilski at first glance.

The opinion will be the subject of much analysis in the coming months.  Some questions that will be debated include whether the court conflates obviousness with subject matter eligibility?  There are several statements in the opinion that raise that question, including: “On their face, the claims before us are drawn to the concept of intermediated settlement, i.e., the use of a third party to mitigate settlement risk. Like the risk hedging in Bilski, the concept of intermediated settlement is “ ‘a fundamental economic practice long prevalent in our system of commerce.’”  Is the court saying that all prior art may now be characterized as abstract ideas?  At least they soften that statement by referring to intermediated settlement as a building block of the modern economy.  Maybe only building blocks are abstract ideas.

The court also states: “We conclude that the method claims, which merely require generic computer implemen­tation, fail to transform that abstract idea into a patent­ eligible invention.”  This leaves open the question of how many limitations are required to screw in a light bulb?  Those that write programs and work with computers for many years, and have no idea what a “generic computer implementation” is.  Does that mean a computer with no programming?

There were several references to Mayo, Myriad, and the irreconcilable Benson, Flook, and Diehr cases in an attempt to show how the current decision is consistent with them.  I’m still waiting for an attempt to provide a definition of an abstract idea.