Ex Parte Young - Expanding the Scope of an "Abstract Idea." 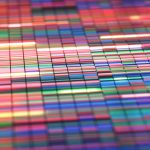 On July 18th, in appeal no. 2017-007443, the PTAB reversed the Examiner’s rejection to an improved method of manipulating the huge amount of DNA sequence information or “text strings” that are provided by applying the techniques of massively parallel sequencing (MPS) to a sample containing “one or more nucleotide sequences” that are first amplified by PCR. A first plurality of “text strings” – DNA sequences – is selected, wherein “each of the selected plurality of text strings represent[s] a nucleotide sequence that corresponds to a first target locus in the [PCR] amplified sample. In terms of data manipulation, the claim has three more steps: a “comparing” step (or a determination of an “abundance count”), an “identifying step” to detect “noise responses” and a “determining step” to yield a “method detection limit from the abundance count.” In a review article about next generation DNA sequencing, M.W. Anderson et al, Genes, 1, 38-69 (2010), various MPS methodologies are described: “First, the DNA sequencing libraries are clonally amplified in vitro…. Second, the DNA is sequenced by synthesis, such that the DNA sequence is determined by the addition of nucleotides to the complementary strand rather though through [Sanger] chain termination chemistry. Finally, the spatially segregated amplified DNA templates are sequenced simultaneously in a massively parallel fashion, without the requirement for a physical separation step.” This sequencing step apparently yield the text strings of claims 1 and 12. The Examiner asserted that the claimed processes involve “obtaining sequence information and resolving the obtained sequence information in order to determine potential target sequences of interest. As such, the instant claims are drawn only to an abstract process that only manipulated data and therefore, not directed to statutory subject matter.” The Board reversed the rejection as incorrectly applying the Mayo/Alice test at step two, and did not address the Examiner’s initial finding that the claims are drawn to an “abstract process”:

“Thus, even if we were to agree with the Examiner that the rejected claims involve an abstract idea, i.e. manipulation of nucleic acid sequence data, we are not persuaded that the preponderance of evidence on this record supports a factual finding that other features of the claims, MPS in particular, were well-understood, routine conventional activities already engaged in by skilled artisans in the field, given the evidence cited by the Examiner to support such a finding, and given [statements in the specification that MPS is not routinely used to analyze DNA for forensic purposes]( citing Berkheimer v HP Inc.).”

Although I think the outcome of this appeal is correct, I think that the legal and the factual analysis are flawed. I think that an “abstract idea” is not the same as an “abstract process.” In other words, can a “process” ever be “abstract.” Under the earliest interpretations of the term “process”, material was changed from one form into another, and that’s what the claims call for. By including both a sample preparation step that necessarily recites the use of PCR amplification of fragmented genomic ssDNA, as well as all of the manipulative steps that necessarily include all the manipulative steps of MPS, applicants had every reason to believe that they were claiming a physical process. That the final output is useful information should not lead to a finding that the claim is directed to an abstract idea. The Board skipped this analysis and went straight to the Examiner’s failure to demonstrate that the claims failed step 2 of the Alice/Mayo test. The problem with this analysis is that, in this case, it may be incorrect. The application in question, Ser. No. 14/489,198 was filed in 2014. The lengthy Anderson et al review article discussed above was published in 2010. What would the outcome of this appeal have been if the Examiner had this article in hand, or any number of the articles cited therein? I think that this decision should have rested on a finding that the chemical conversion of fragmented genomic DNA into text strings each of which represents “a nucleotide sequence that corresponds to a first target locus in the amplified sample” is not an “abstract idea” or an “abstract process” – and not on a finding that MPS is not conventional, routine or well-understood (even though it may not be easy to understand in the first place).