Blogs   |   How Fast is the Patent Prosecution Highway in China?

How Fast is the Patent Prosecution Highway in China?

Accordingly to statistics collected by the Japanese Patent Office (JPO), participating in the Patent Prosecution Highway (PPH) in China will significantly speed up examination and grant of a patent application. Per the JPO data, from January to June 2021, the China National Intellectual Property Administration (CNIPA) on average issued a first office action within 2.2 months of granting a PPH request.  This is close to a third of the time it takes the USPTO to issue a first office action from time of grant of a PPH request at 5.6 months per the JPO data.

The average pendency from PPH request to grant in China was 11 months versus 16.5 for the U.S.  The average number of Office Actions was 1 in China versus 2.92 for the U.S. 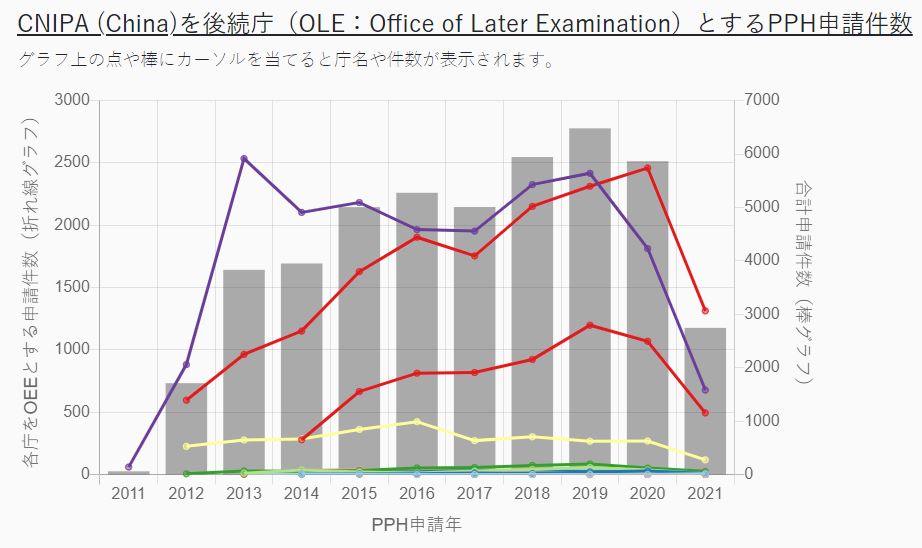 In order to file a request to participate in PPH in China, an applicant must file the request after publication of the Chinese invention application but before receiving an Office Action. Further, the PPH request should be filed when filing a request for exam, or after the Chinese application has entered into substantive examination (i.e., received a notice of entering substantive examination).

In addition to a request to participate in the PPH, an applicant must submit (1) Chinese translations of the allowable claims of the relevant base application, (2) list of references cited by the examiner, (3) copies of nonpatent literature references cited by the examiner, if any (4) a claims correspondence table with explanation; and (5) copies of all office actions that are relevant to substantive examination for patentability. The applicant also should submit Chinese translations of all office actions if the documents are not in English.