Ignorance is Bliss - for Teva 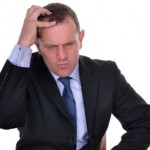 I did not pay much attention to the fairly recent panel decision in Bristol-Myers Squibb Co. v. Teva Pharma. USA, 757 F.3d 967 (Fed. Cir. 2014). It seemed like a fairly routine panel affirmance of the district court’s finding that Bristol-Myers’ patent (5206244) on the nucleoside analog entecavir was obvious in view of a structurally similar nucleoside analog, 2′-CDG. The unexpected results asserted by B-M had been found insufficient to overcome a strong case of structural obviousness.

But when the IPO made the decision to file an amicus brief supporting B-M’s petition for rehearing en banc, my prep/pros radar sounded a warning and I read both the brief closely and the original opinion more closely. [A copy of the opinion and brief can be found at the end of this post.]

The district court found that the POSA would have been motivated to select 2′-CDG as the closest prior art molecule and to make the relatively small structural modifications required to arrive at entecavir, summarizing the law (correctly): “Obviousness, and expectation of success, are evaluated from the perspective of a person having ordinary skill in the art at the time of invention [e.g., the filing date of the B-M patent].”

What the person of ordinary skill in the art did not know as of that date was that, despite prior art to the contrary, 2′-CDG was highly toxic. But in the case of it being obvious to make the key structural modifications and having a reasonable expectation that the resulting analog, entecavir, would be an effective anti-viral agent, the district court and the panel held, in effect, that ignorance is bliss, and that a strong case of obviousness had been presented.

Now, at least in the opinion, the legal waters get murky. B-M went on to argue that when, post-filing on entecavir, 2′-CDG was found to be toxic, the fact that entecavir was non-toxic (or much less toxic) was an unexpected result that should render entecavir nonobvious. However the district court and the panel applied the relevant law in a way that was a “Catch-22” for B-M. In effect, they ruled that because the POSA would have reasonably, though mistakenly, believed that because 2′-CDG was non-toxic, entecavir would be non-toxic as well, the non-toxicity of entecavir was not an “unexpected result.”

The IPO brief points out that applicants are entitled to present evidence of unexpected results that are discovered after the filing date of the application that yields the patent in suit. The district court and the panel conflated the motivation to modify and the expectation of success which are evaluated at the date of invention of the claimed compound with the evidence of unexpected results, which can, and often is, generated during prosecution or after the patent issues.

The panels statement of the applicable law is incorrect:

“To be particularly probative, evidence of unexpected results must establish that there is a difference between the results obtained and those of the prior art, and that the difference would not have been expected by [the POSA] at the time of the invention”

While I briefly thought that the panel could argue that later language correctly holding that unexpected results may not be sufficient to overcome evidence of obviousness, they put the nail in the legal coffin of their reasoning by dismissing B-M’s arguments for unexpected results by relying on the faulty prior art:

“Moreover, the Price reference also suggested–and Teva’s expert testified–that 2′-CDG was known [ed., “believed”?] to have a good therapeutic window. Thus, while the district court found that entecavir’s degree of effectiveness was unexpected, it also noted that entecavir’s ‘effectiveness against hepatitis B without known toxicity issues’ was not ‘unexpected’ in the light of the structurally similar 2′-CDG.” [emphasis added.]

So it is clear that the district court and the panel erred in not considering the unexpectedness of the low toxicity of entecavir when the unexpected toxicity of 2′-CDR was revealed. Nonetheless I don’t think that this decision will be reviewed en banc. The panel can just argue that their error was harmless because the evidence of less toxicity was simply insufficient to outweigh the strong case of structural obviousness. Too bad for B-M that there were no chemists on the panel. Where is Judge Lourie when we need him?