Blogs   |   Infringement by Unobvious Changes – A Look (Way) Back

Infringement by Unobvious Changes – A Look (Way) Back 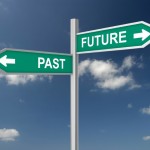 As a much younger attorney, I gave a presentation at the 1990 AIPLA Annual Meeting:  “A Review of Recent Federal Circuit Decisions Relating to Infringement” (AIPLA Selected Legal Papers, 9, 3 (July 1991)), in which I wrestled with the question of whether or not a novel and unobvious chemical composition would infringe under the doctrine of equivalents.  Since this is the central issue that the Supreme Court will be asked to resolve in Saint-Gobain Ceramics v. Siemens Med. Sol’ns, Supreme Ct. No. 11-301, I thought these excerpts might be of interest:

“Although no recent case (or any case) was found where the unobviousness of a substituted ingredient led to a holding of non-infringement of an accused composition that otherwise met the tripartite test, such a holding would be appropriate.  At the very least, Atlas Powder Co. v. DuPont DeNemours & Co., 750 F.2d 1569 (Fed. Cir. 1985), suggests that an unexpected result achieved by the accused composition would support a finding of non-interchangeability [and thus, noninfringement].

DuPont tried to avert a finding of equivalence by arguing that the substitution would not have been obvious.  However, the court noted that, even though DuPont had patented their product, there was no evidence that the patent was granted based on unexpected results due to sodium oleate, which in turn would lead to a finding of nonequivalence due to substantially different results.  750 F.2d 1580, fn. 3.  Of course, the “result” imparted by an ingredient is usually directly reflected in the one or more results achieved by the entire composition. But this is really putting the cart before the horse, since Graver Tank at least suggests that a nonobvious substitution that does not literally infringe should not be found to infringe under the doctrine of equivalents, even if the tripartite test is fully met.  The Graver Tank court followed the statement of the test with two columns of much-quoted explanation, including:  “Equivalence, in the patent law, is not the prisoner of a formula and is not an absolute to be considered in a vacuum…An imporant factor is whether persons reasonably skilled in the art would have known of the interchangeability of an ingredient not contained in the patent with one that is.”  Graver Tank, 70 S.Ct. at 856-857.  This sounds very much like an obviousness standard, and just such a parallel between obviousness and equivalents was recently articulated in an article by Roy H. Hepner, 71 JPTOS, 895 (1989).

In chemical patent law, an escape from a rigid application of the tripartite test based on the ability of the accused infringer to show that its advance was not obvious in view of the patented invention is not only desirable, but is probably operable in view of the paucity of cases based on the asserted equivalence of structurally unobvious compounds.  In other words, if the tripartite test were all we had, a therapeutic composition containing compound I could infringe a claim to a composition reciting a compound of structure II as the active ingredient:

Compound II is cisplatin, an anticancer drug that acts by interfering with DNA synthesis in tumor cells.  “Accused” compound I should be assumed to be structurally nonobvious in view of compound II.  It should also be assumed that compound I performs the same function (inhibiting tumor growth), in the same way (by inhibiting DNA synthesis) to yield the same result (curing cancer).”

As the dissent points out in Saint-Gobain, we since have acquired the doe factor that the feature added by the accused infringer is “insubstantially different,” a burden that is “nonobvious and separately patentable,” a burden that the dissent urges cannot be met if the accused product is “nonobvious and separately patentable.”  Slip. op. at 3, citing Warner-Jenkinson v. Hilton-Davis, 520 U.S. 17, 39-40 (1997).  By definition, the structural differences between compound II and compound I are nonobvious.  So I am on the side of the dissent, right?