China’s Supreme People’s Court (SPC) ruled in decision dated November 3, 2021 in favor of Johnson & Johnson Medical Devices Companies’ subsidiary DePuy Synthes in a  patent infringement case upping damages twenty times on appeal. In the court of first instance, Synthes was awarded statutory damages of 1 million RMB for infringement by Double Medical (大博医疗科技股份有限公司) of patent number ZL03827088.9.  On appeal to the SPC, the SPC increased the damages to 20 million RMB based on evidence provided by Synthes, which was not countered by Double Medical. 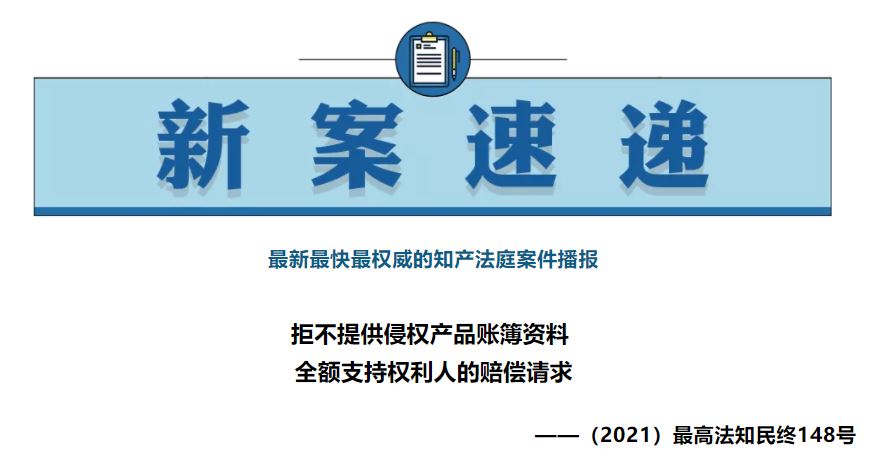 In this case, Synthes argued that it should determine the amount of compensation based on profits from infringement, provided three calculation methods, and submitted evidence including the Double Medical’s operating profit margin as disclosed in Double’s prospectus, and the quantity of the alleged infringing products with specific numbers sold through a website “Derong Medical Instruments Mall.” After the court requested Double to provide the sales data on the infringing products, Double only provided self-produced print copies of sales data for the court’s reference in 2014 on the ground that the sales receipts could not be found, and only provided four sales invoices in the original trial.

The Supreme People’s Court held that the patent in question was a patent of invention in the field of medical devices, which could simplify the surgical procedures, shorten the surgical time, and significantly reduce the surgical difficulty of patients with femoral fractures, and was an important basis for the market appeal of patented products. The alleged infringing products fall within the category of Class III medical devices implanted into human bodies. To ensure the physical health and life safety of patients, China requires the production and sale of Class III medical devices be traceable. Double Medical, as a listed company manufacturing the Class III medical devices, should have a good command of the information on the production and sale of infringing products of different models and specifications, and may fully calculate the profits from infringement by its own records with precision. Where the patentee has made all efforts to provide proof, and the evidence provided and the method for calculating the claim can prove that the amount claimed is likely to be established, although the infringer did not agree with the amount claimed by the patentee, it only raises an objection to the method for calculating but the patentee but refuses to provide evidence at its disposal, the people’s court may presume that the amount claimed by the patentee is true, and in this case, the infringing party may be determined to have profited from the amount claimed by the patentee based on the evidence provided.

Since Synthes claimed to calculate the amount of compensation for damages based on profits from infringement and has initially provided evidence on the facts on the scale of infringement, Double Medical refused to provide the relevant evidentiary materials on the basic facts on the scale of infringement without any justifiable reason, which prevented the basic facts used for calculating the profits from infringement from being accurately determined. Although Double Medical had different opinions on the amount claimed by Synthes, since it refused to provide the evidence it had, it could be presumed that the amount claimed by Synthes was true. The Supreme People’s Court therefore fully supported the compensation claimed by Synthes for damages of 20 million RMB.

The SPC stated in commentary, “the judgment in this case has highlighted the strong determination of the people’s courts to strengthen the protection of intellectual property rights in key fields relating to the people’s livelihood, and has also reflected the judicial attitude of Chinese courts on equally protecting domestic and foreign right holders.”

The full text of the decision （2021）最高法知民终148号 is available here (Chinese only).