Labeling GMO's -- Too Late and Too Much 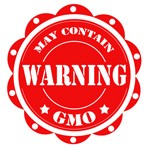 Commentators arguing that genetically-modified plants (and animals) or “GMO’s” have been prepared by conventional plant breeding, fail to address the central issue driving the debate about the safety of genetically-engineered crops intended for human consumption.  The issue is not whether or not it is safe to continue to crossbreed different varieties of wheat or corn, or any other plant, to yield improved traits.  This is indeed botanical intervention that has been going on for centuries.

In recent years, companies like Pioneer and Monsanto developed the ability to introduce genes that were isolated from non-plant sources, such as bacteria, into corn, soybeans, cotton and other crops.  Such genes impart properties to the “transgenic” plants such as the ability to resist attack by the European corn borer or to be resistant to glyphosphate (“Roundup”), a relatively non-toxic herbicide, so that it can be used to control weeds while not harming the cash crop.  However, such genes are foreign to the host plant.  This has led “green” organizations to oppose their use to produce “Frankenfoods” that raise human health issues, or at least have demanded the such food or food products be labeled as produced from “GMOs,” so that consumers can choose whether or not to consume them.

A requirement to label food products prepared from crops improved by conventional cross-breeding would be a massive task, but so would labeling corn or corn products, such as corn starch or high fructose corn syrup derived from genetically-modified corn.  Corn genetically-modified to resist to resist corn borers – or to resist both corn borers and herbicides – now amount to more than 80% of all of the planted acres in the U.S.  Genetically-modified soybean acreage is nearly 100%.  (Source: USDA Economic Research Service Report – “Adoption of Genetically Engineered Crops in the U.S.” http://www.ers.usda.gov/data-products/adoption-of-genetically-engineered-crops-in-the-us/recent-trends-in-ge-adoption.aspx).

In fact, a shopper in a Supermarket post-labeling would see almost nothing but GMO warning labels, and that is hardly a choice.  The consumer determined to avoid such genetically modified foods would be better served by patronizing market and farm stands that claim to market GMO-free produce.  Of course, that will not help them locate GMO-free processed foods such as corn flakes, non-diet sodas or toaster pastries, but maybe that’s not entirely a bad thing.