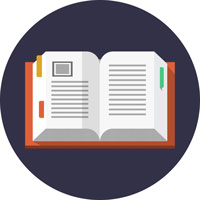 On Tuesday, a Delaware district court judge ruled that a group of Mallinckrodt patents failed the Alice/(mostly)Mayo test as claiming a natural phenomenon. The patents are directed to a method of safely using the Innomax system, which administers nitric oxide to infants exhibiting hypoxic respiratory failure associated with pulmonary hypertension. (See, e.g., U.S. Patent No. 8282966.)

The ‘966 patent claims a method of (not) treating a child otherwise in need of inhaled nitric oxide gas, if the child is found to have a “pulmonary wedge pressure greater than or equal to 20 mm Hg and thus has left ventricular dysfunction” and so is at risk of pulmonary edema if nitric oxide is administered.

I do not have the space to do a deep background look at the origins of this patent, but it appears to be an “add-on patent” that covers an effect discovered by Mallinckrodt clinicians that resulted in further test results being submitted to the FDA, which in turn qualified Innomax to a further 3 years of market exclusivity. Mallinckrodt apparently received the extension, since they noted that it would not expire until 2008. The method patents were listed in the Orange Book, making this a Hatch-Waxman case.

While the judge wrote that the claims in suit were much like the claims invalidated in Mayo, the Mayo claim was, in fact, a method of treatment claim, e.g., the drug is administered, then the metabolite level is measured to see if it fell within a useful range – between high= too much/side effects and low = ineffective. The Mallinckrodt claim was to a method of diagnosing who to treat and who not to treat – prior to any nitric oxide being administered.

Tactics aside, as I have pointed out earlier, I am uncomfortable with courts designating analytical/diagnostic methods that require multiple measurements of multiple parameters, and so require extensive analyses by “the hand [or mind] of man” to reach a useful conclusion. In claim 1 of the ‘966 patent, the at-risk child is evaluated by echocardiography to see if the child will even be helped by nitric oxide, and that child must first be determined to not be dependent on right-to-left shunting of blood. Next, and before making the decision to withhold or administer the gas, the child identified as possibly helped by nitric oxide is examined to see if the child has a pulmonary capillary wedge pressure greater than or equal to 20 mm Hg, which indicates that the child has left ventricular dysfunction and should not receive the treatment, since they risk pulmonary edema if they are treated.

While all of these procedures/conditions may be familiar to a pediatric cardiologist, they still all require the application of human judgement, both to conduct the procedures and to evaluate the results. Example 1 is 5 columns long and involves numerous +/- decision points. While the judge ruled that this was not a new use for an old compound, the claims certainly add up to an altered use (as did the Mayo claims – write them out as method of treatment claims and you will see what I mean.)  And is the “serious, adverse event” discovered by the inventors reasonably characterized as a natural phenomenon, when it is caused by the administration of a specific dose of nitrous oxide to a specific subset of children?

Of course, the judge found no inventive concept in any of the procedures that enabled the +/- conclusion to be drawn. (As in Mayo, the judge suggests that the claimed method is not novel.) And, of course, the judge cited Cleveland Clinic. One thing is clear – Section 101 patent ineligibility is rapidly becoming the “easy button” of patent litigation; the same way that inequitable conduct was pre-Therasense.

Read the full order and memo from The District Court.