Blogs   |   Oracle vs. Google: The Times They are a-Changin'

Oracle vs. Google: The Times They are a-Changin' 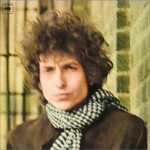 Is hell freezing over in Silicon Valley? Not that long ago it would have been unthinkable for Oracle to sue any company for patent infringement, much less a fellow Silicon Valley technology behemoth. Yet last week they did just that, leveling seven Java-related patents against Google’s Android software development kit. The patents, owned by Oracle America, are: United States Patents Nos. 6,125,447; 6,192,476; 5,966,702; 7,426,720; RE38,104; 6,910,205; and 6,061,520, originally issued to Sun. The complaint alleges that Google has been aware of Sun’s patent portfolio, including the patents at issue, since the middle of this decade, when Google hired certain former Sun Java engineers.

The Oracle patents (copies attached), some of which were filed in the early to mid 1990’s, all appear to cover various aspects the Java programming environment. So much for software technology moving so fast that patenting is a useless exercise.

Things may be getting a little tense at black-tie events in Silicon Valley.