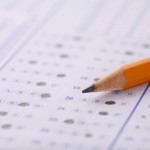 Ex Parte Dietz answers the question, at least as far as this BPAI panel is concerned, as to what structure need be recited in a “software claim” to bring it within the “machine” category of patent eligible subject matter. What is notable perhaps in its absence is any reference to the need to recite any “particular machine,” as opposed to simply just a “server” or the like, in order to bring a claim into the realm of the patent eligibility. Ex Parte Dietz et al In Ex parte Dietz, the following claim 1 was rejected under Section 101 for failure to recite at least one hardware element.

1. In a World Wide Web (Web) communication network with user access via a plurality of data processor controlled interactive receiving display stations for displaying received hypertext Web documents, transmitted from source sites on the Web, including at least one display page containing text, images and a plurality of embedded hyperlinks, each hyperlink being user activatable to access and display a respective linked hypertext Web document from source sites on the web, a system for controlling access activity from activated hyperlinks and their respective Web document source sites comprising:

means for applying said prioritization in the determination of the order in which the web documents linked to activated embedded hyperlinks in said web document are to be accessed.

means at said source sites for prioritizing said plurality of embedded hyperlinks in a Web document; and

More specifically, the examiner found that claim 1 “may be directed to software per se since the ‘means … for prioritizing’ and ‘means for applying’ are not defined in the specification as exclusively hardware.” The Examiner accordingly found that “the use of the word ‘system’ do[es] not inherently mean that the claim is directed to a machine” and absent recitation of at least one hardware element, the claim is directed to non-statutory subject matter (Ans. 3 and 16).”

The BPAI reversed the examiner, essentially finding that the “World Wide Web communication network” and the “source site” both include physical structure and serve as structural limitations:

“Appellants’ “system” claim recites a World Wide Web communication network. Claim 1 also recites source sites. Interpreting “source site” broadly, but reasonably in light of the specification and as one of ordinary skill in the art would have defined the term at the time of invention, we conclude “source site” encompasses hardware – such as a server as shown in Fig. 2 (See In re Am. Acad. of Sci. Tech Ctr., 367 F.3d 1359, 1364 (Fed. Cir. 2004); See also, FF1 and FF 2). A “machine is a ‘concrete thing, consisting of parts, or of certain devices and combination of devices.’ This ‘includes every mechanical device or combination of mechanical powers and devices to perform some function and produce a certain effect or result.” Ferguson, 558 F.3d at 1364 (quoting Nuijten, 500F.3d at 1355). Thus, a close review of Appellants’ claims shows that they do recite physical structure – the source sites and World Wide Web communication network and such recitations serve as structural limitations. Even if we were to presume the recited “means” are software based, the system still recites that embedded hyperlinks are prioritized by the means at the source sites and the various information supplied by the source sites are used to apply the prioritization. Thus, we conclude that claim 1 recites a machine and accordingly, that claim 1 is directed to statutory subject matter.”

A different result, however, was reached with respect to the following claim 17:

In the case of claim 17, the BPAI upheld the examiner’s rejection under Section 101, finding that the claim recited only a hypertext document with no functionality, and further was not a data structure tied to a non-transitory, tangible computer readable medium. Accordingly, the BPAI found that claim 17 recited a document that lacked any physical structure and further was not a process or a composition of matter. The BPAI explained:

“Claim 17 recites a hypertext document. The document does not have any physical structure and thus, does not fall within the machine category of statutory subject matter. Nor does the document fall within the process or composition of matter categories. Specifically, no “act or series of acts” is recited (See Nuijten, 500 F.3d at 1355) and the claims do not recite a composition “of two or more substances” or “composite articles” that are the result “of chemical union, or of mechanical mixture . . . whether they be gases, fluids, powders or solids.” (See id. at 1357 (quoting Diamond v. Chakrabarty, 447 U.S. 303, 308 (1980).) Although one might argue that the claims are directed toward an article of manufacture, we conclude they are not. “Articles” of “manufacture” are “tangible articles or commodities” “result[ing] from the process of manufacture.” (See Nuijten, 500 F.3d at 1356 (citing Chakrabarty, 447 U.S. at 308); Bayer AG v. Housey Pharms., Inc., 340 F.3d 1367, 1373 (Fed. Cir. 2003).) A claim that recites no more than software, logic or a data structure (i.e., an abstract idea) – with no structural tie or functional interrelationship to an article of manufacture, machine, process or composition of matter – does not fall within any statutory category and is not patentable subject matter (Warmerdam, 33 F.3d at 1361; see Nuijten, 500 F.3d at 1357). The scope of such a claim is not limited to any particular practical application. In particular, data structures in the abstract, i.e., not claimed as embodied in a non-transitory tangible computer-readable medium are descriptive material per se and are not statutory subject matter because they are not capable of causing functional change in a computer (In re Warmerdam, 33 F.3d 1354, Appeal 2009-008029 Application 10/713,726 1361 (Fed. Cir. 1994); cf. In re Lowry, 32 F.3d 1579, 1583-84 (Fed. Cir.1994); accord MPEP § 2106.01 (2007)). Claim 17 recites a hypertext document—data. Claim 17 does not recite any functionality. Claim 17 merely describes a function that the data (the hyperlink) may have – that it is user activatable. In addition, the hyperlink document is not directed to a data structure in a non-transitory tangible computer-readable medium. Therefore, we conclude since claim 17 merely recites data, claim 17 recites an abstract idea. Accordingly, claim 17 is directed toward non-statutory subject matter.

On the other hand, claim 18 which recites that the web document of claim 17 is at a source Web site was found to statutory under Section 101, as reciting a data structure with structural elements:

“More than mere abstraction, data structures are specific electrical or magnetic structural elements in a memory. In In re Lowry, 32 F.3d 1579 (Fed. Cir. 1994), the data structures provide tangible benefits: data stored in accordance with the claimed data structures are more easily accessed, stored, and erased. The opinion further notes that, unlike prior art data structures, Lowry’s data structures simultaneously represent complex data accurately and enable powerful nested operations. In short, Lowry’s data structures were found to be physical entities that provide increased efficiency in computer operation. They are not analogous to printed matter (id. at 1584). The additional recitation of the document at the source Web site moves the data into a physical structure or machine. The embedded hyperlink is user-activatable to access and display a linked hypertext Web document from source sites. Thus, the recited hypertext document is a physical entity that provides the access and display to the linked hypertext Web document from other source sites with an indicated priority. Thus, unlike claim 17 which merely recites data (which could be on paper), this claim recites a data structure including structural elements. Accordingly, claim 18 is directed toward statutory subject matter.”

The remaining 101 rejection related to whether or not the Applicant’s claim 21, which was directed to a computer program stored on a computer readable medium. This rejection was upheld, but only due to the fact that the claim had not been limited to non-transitory signals and therefore read on a signal, as prohibited by In re Nuijten, 500 F.3d 1346, 1356-57 (Fed. Cir. 2007).