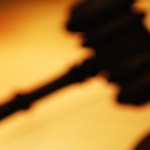 On June 11, 2013, the Patent Trial and Appeal Board (PTAB) issued a decision holding claims 17 and 26-29 of Versata’s 6,553,350 patent  unpatentable under 35 U.S.C. § 101.  This decision arises from a petition filed on Sep. 16, 2012, in a proceeding that was accelerated when SAP agreed to focus its challenge on its proffered 101 grounds.  As discussed in prior posts, there are parallel actions in the courts, including:  a Federal Circuit decision affirming of portions of a district court decision and remanding the injunctive portion to the district court for correction; and Versata’s challenge of the PTO’s institution of this covered business method (CBM) trial in the Eastern District of Virginia by Versata.

The PTAB explained its decision in detail, and carefully set forth its bases for applying the Broadest Reasonable Interpretation standard:

Versata states that claim construction is a question of law and that claim terms should be accorded only one definition: that which is based on a district court interpretation standard. PO Resp. 62. There are, however, two claim construction standards: the Office’s BRI construction and the district court standard set forth in Phillips v. AWH [415 F.3d 1303, 1313 (Fed. Cir. 2005) (en banc)].  The difference in standards generally arises from the ability of an applicant or patent owner in Office proceedings to amend their claims, and the fact that there is no presumption of validity before the Office.[Whereas a patent is presumed “valid” unless overcome by clear and convincing evidence before a district court, a petitioner’s burden before the Office is limited to proving “unpatentability” by a preponderance of the evidence. Compare 35 U.S.C. § 282(a) and § 326(e).] Through the use of the broadest reasonable interpretation standard, the Office is able to encourage inventors to amend their claims to remove uncertainties and over breadth of claim scope.

For at least a century, the Office has encouraged clear and unambiguous claim drafting by utilizing the broadest reasonable interpretation. For example, a 1906 Commissioner of Patent’s Decision held that there is no better method of construing claims before the Office. Specifically, this early decision explains the rationale for BRI as follows:

No better method of construing claims is perceived than to give them in each case the broadest interpretation which they will support without straining the language in which they are couched. This method would seemingly give more uniform and satisfactory results than are obtained by methods largely in vogue – such, for example, as that of importing limitations from the specification according to the exigencies of the particular situation in which the claim may stand at a given moment. The method suggested also seems to have the advantage according in its results with the probable intentions of the inventor at the time when the claim is drawn. In presenting claims to the Office the object constantly sought is breadth. Where a limited meaning is intended when a claim is drawn, what possible objection can there be to imposing that meaning unmistakably upon the claim by its express terms? That a claim which does not carry its true meaning on its face misleads those affected by the patent instead of guiding them to its true scope is alone sufficient reason why the Patent Office should refuse to recognize proposed limitations of claims which have not been clearly expressed therein.

Podlesak and Podlesak v. McInnerney, 123(2) O.G. 1989, 1990 (Dec. Com. Pat. 1906, emphasis added). This standard of claim construction and its rationale have been upheld consistently by the Federal courts, including both the Court of Customs and Patent Appeals (“CCPA”) and the Federal Circuit. . . .

The Board then continued on to discuss its constructions and how it held claims 17 and 26-29 “unpatentably abstract.”  The Board concluded:

The Board ordered that claims 17 and 26-29 of the ’350 patent are cancelled as unpatentable.

Now that this PTAB CBM decision is before us, we will monitor the parties’ next steps as this conflict progresses through the various other parallel actions.