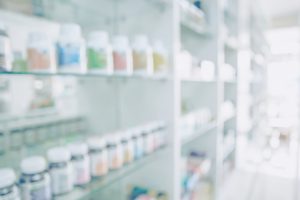 I have posted twice recently on the Fed. Cir.’s opinion in Vanda Pharms., Inc. v. West-Ward Pharm. Int’l, Ltd., Appeal no. 2016-2107 (Fed. Cir., April 18, 2018). The Fed. Cir. affirmed the district court’s ruling that Vanda’s claims in U.S. Pat. No. 8,586,610 were patent-eligible under s. 101. The claims were directed to a method for treating schizophrenia using Vanda’s iloperidone (ilo). Claim 1 relied on two natural phenomena: (1) Genotyping a patient sample to determine whether or not the patient is a producing enough of enzyme CYP2D6 to be a normal metabolizer of the drug or is a “poor metabolizer” of the drug; and (2) Administering less than 12 mg/day of the drug if patient is a poor metabolizer and at least 12-24 mg/day if the patient is a normal metabolizer, to lower the risk of a cardiac side-effect.

The two laws of nature were that mutations in the CYP2D6 genes can alter their enzymatic activity and that a patient’s CYP2D6 enzymatic activity affects his/her metabolism of the drug. W-W argued – of course – that the dose adjustment step was simply a routine and conventional way to reduce side effects.

Judge Sweet, the district court judge didn’t buy this argument and neither did the Fed. Cir. The Judge had found that the claims were unobvious. The complete record gave him and the Fed. Cir. a lot to work with to show that the method was not routine, including expert testimony that attempts to generate regimens for structurally similar drug had failed. The Judge and the Fed. Cir. gave weight to the step of separating patients into two groups by genotyping a single enzyme, then adjusting the doses; specificity of dosing for specific groups of prescreened patients was an important factor. The Judge also would not “discount the human ingenuity that comes from applying a natural discovery in a way that achieves a ‘new and useful end.’”

The Fed. Cir. agreed and held that this was an improved method of treatment claim that does not attempt to claim a natural phenomenon. So no Step 2B inquiry into “routine, conventional or well-understood” steps was required. Mayo was distinguished as a diagnostic claim, not requiring action by the doctor. The drug administration and metabolite measuring steps were dismissed as data-gathering steps, not as therapeutic method steps. The panel said that Vanda claimed a new way of using an existing drug to lower the risk of side effects, while the Mayo patients were just given the drug then assayed to see if the metabolite levels were in a predetermined range.

By now, you can probably guess what is in Mr. Bahr’s “Vanda Memorandum” that was released to the examining corps. On June 7, 2018. The Vanda decision is summarized about like I did above and in my earlier posts. The Memo notes that therapeutic doses of ilo were administered by Vanda, and that the claims were directed to an application of the “relationships” of the drug, the enzyme and the side-effect—a method of treatment—rather than being directed to a judicial exception. Therefore, no 2B analysis should take place. See MPEP 2106.

The Memo also notes that the claims were evaluated “as a whole, including the arguably conventional genotyping and treatment steps, when determining that the claim was not ‘directed to’ the recited natural relationship between the patient’s genotype and the risk of [the cardiac side-effect].” The claims in Mayo were discussed as hereinabove, the Memo noting that “[t]he Mayo claims were not ‘method of treatment” claims that practically apply a natural relationship” but had a “diagnostic focus.”

The Memo also notes that the Fed. Cir. did not consider whether the treatment steps were routine of conventional when making its “directed to” determination. “Since the claim was eligible in the step 2A ‘directed to’ part of the [Mayo/Alice] test there was no need to conduct a step 2B analysis.”

The Memo does do a bit of the “I told you so” dance, noting that the PTO’s subject matter eligibility and training examples are consistent with the Vanda decision in permitting claims to methods of treatment. The Memo asserts that claims 5 and 6 of USPTO Example 29, “Diagnosing and Treating Julitis” should be considered patent-eligible under Step 2A of the Mayo/Alice test. Of course, both of these hypothetical claims recited both diagnosing the marker JUL-1 in a sample and treating the patient with TNF.

This set of hypothetical claims were developed in 2016 and a full analysis of them is well beyond the scope of this post. However, it is worth noting that claim 1 is directed to a method of detecting JUL-1 by contacting a plasma sample with an anti-JUL-1 antibody and detecting any binding. This claim was found to be patent eligible because the Supreme Court in Mayo stated that the drug administration step and the metabolite measuring step were not natural laws(!), while claim 2, which is directed to the same steps as claim 1 but adds a julitis diagnosing step is not patent-eligible because it is directed to a natural correlation between the presence of JUL-1 in the sample and julitis (!) and the first two steps are conventional, etc. So, the broader detection claim is patent-eligible while the narrower diagnosis claim is not. This is bringing back some bad memories, so I will quit while we all are a bit ahead.