Blogs   |   Reexamination Practice: One Size Does Not Fit All

Reexamination Practice: One Size Does Not Fit All 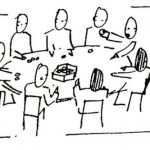 But right now we don’t have adequate metrics to know the situation, much less to measure progress.  What do I mean by that?

Variation in Size and Complexity

For example, perhaps we should be tracking reexamination progress based on complexity:

We could be counting claim volume as a metric, as opposed to just disposition of matters without regard to claim volume.  We could be tracking the disposition of petitions, pages of reexamination request, volume of SNQs, or any number of other metrics indicative of the size or complexity of a matter.

Variation in Timing — Especially due to Procedural Variations

Perhaps we should be tracking more information about pendency and measurement of time.  We should get more visibility into the timing of reexaminations at various stages.  My current understanding of PTO statistics on reexaminations is that they often cite the time to NIRC.  That does not seem fair to the CRU, because the statistics do not seem to separate the amount of time in the CRU from the amount of time at the BPAI or the Federal Circuit.  That means that the pendency of reexaminations will scale with the numbers of appeals filed.  Perhaps the number in appeals is statistically strong or weak enough that this metric is a reliable indicator of pendency, but I do not see enough information to discern that.  And as the volume of cases increases, any change in appeal volume would change the statistical significance of past numbers.  Anyone with better insight and information is encouraged to send that to me and I will post it if appropriate.

A Little More Data Would Go a Long Way

One size does not fit all when it comes to reexamination.  Of course, you cannot measure everything, but you also cannot manage what you do not measure.  A bit more detail in the figures would go a long way to measuring progress in the future.