Supreme Court Rules That “Secret Sales” Can Qualify as Prior Art 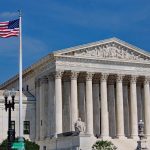 Pre-AIA, 35 USC 102(b) stated that a person is entitled to a patent unless “the invention was patented or described in a printed publication… or in public use or on sale in the country, more than one year prior to the date of the application for patent in the United States.” The AIA altered this section, now 102(a) (1) to read “the claimed invention was patented, described in a printed publication, or in public use, on sale, or otherwise available to the public before the effective filing date of the claimed invention….” This opened the door for patentees to argue that a “sale” had to be available to the public in order to trigger the “on-sale bar” of the statute. Since the “use” of the invention had to be public, they argued, “otherwise” must modify “sale” and exempt secret sales from the scope of the on-sale bar.

The Federal Circuit had disagreed and invalidated the patent in question on the basis that public knowledge of the existence of the sale was enough trigger the AIA on-sale bar. The facts were somewhat similar to those at issue in MedCo. v. Hospira, a 2016 en banc pre-AIA Fed. Cir. decision in which the court ruled that “a contract manufacturer’s sale to the inventor of manufacturing services [to prepare a drug] where neither title to the embodiments nor the right to market the same passes to the supplier does not constitute an invalidating sale.” However, the court cautioned that there was no blanket “supplier exception” to the on-sale bar, and noted, inter alia, that where the supplier “receives blanket authority to market the product” … even the transfer of product to the inventor may constitute a commercial sale under s. 102(b). About three years later, Helsinn, in Helsinn Healthcare S.A. v. Teva Pharms. USA, Inc. No. 17-1299 (January 22, 2019), found out that its semi-secret sales to a distributor also fell within the on-sale bar.

Although Helsinn had made “secret sales” of the anti-nausea drug, Aloxi®, to its distributor, MGI Pharma under an NDA, the Supreme Court ruled that the AIA did not alter what it considered to be the well-settled meaning of the “on sale” bar, citing Pfaff v. Wells Electronics, Inc., 525 US 55,67 (1998). (Ed. note: MGI Pharma was a long-term client, but in other areas.) Helsinn’s press release about the deal and its SEC filing did not disclose the approved dosage forms, but the press release itself was found to be sufficient to meet the AIA on-sale bar.

Citing Justice Joseph Story in Pennock v. Dialogue, 27 US 1 (1829), the Court stressed the unfairness of permitting an inventor to sell his/her invention to the public while keeping knowledge and “structure” from the public, and not filing a patent application until “the danger of competition arose” thus extending the effective term of the patent. [Ed. note: I quoted directly from Pennock. See J. Mueller, Patent Law (5th ed.) at pages 263-265.]

Importantly, the Supreme Court held that the AIA phrase, “otherwise available to the public” did not alter the scope of the on-sale bar when s. 102 was a reenacted, since “on sale” is a term that had “acquired a well-settled judicial interpretation.” In other words, a sale of offer to sell need not make an invention available to the public to trigger the on-sale bar, that gives an inventor a one-year grace period to sell or make offers to sell the invention before an application must be filed. The Court, for once in quite a while, endorsed the Fed. Cir.’s precedent: “It has long held that ‘secret sales’ can invalidate a patent.” But, note the unsettled nature of the “supplier exception” discussed above. The Supreme Court has endorsed a strict reading of 102(a)(1) and 102(b) so that Helsinn would likely have lost even if the initial sale had been kept completely secret at the time it occurred and if MGI Pharma had not sold any of the drug to members of the public.