Blogs   |   The Patent Office Wants Your Ideas for Streamlining Reexamination

The Patent Office Wants Your Ideas for Streamlining Reexamination 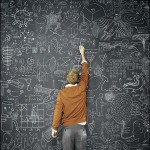 On Monday, April 25, 2011, the Federal Register announced a public meeting to solicit opinions on a number of changes being considered at the U.S. Patent Office to streamline both ex parte reexamination and inter partes reexamination proceedings.  Written comments can also be submitted to the Patent Office by June 29, 2011.

Some of the questions asked are:

1. Should the USPTO proceed with any efforts to streamline the procedures governing ex parte and/or inter partes reexamination proceedings?

2. Should the USPTO place word limits on requests for ex parte and/or inter partes reexamination?

3. Should the USPTO revise its existing page or word limits in inter partes reexamination following the request?

5. Should the USPTO change its interpretation of ‘‘a substantial new question of patentability’’ to require something more than ‘‘a substantial likelihood that a reasonable examiner would consider the prior art patent or printed publication important in deciding whether or not the claim is patentable’’? See MPEP §§ 2242, 2642. If so, how should it be interpreted?

7. Under what conditions should the USPTO grant a Patent Owner’s request for an extension of time under 37 CFR 1.550(c) or 1.956, both of which provide that extensions of time may only be granted for ‘‘sufficient cause and for a reasonable time specified’’?

8. Should the USPTO require that any information disclosure statement (IDS) filed by a Patent Owner in a reexamination comply with provisions analogous to 37 CFR 1.97 and 1.98, and further require that any IDS filed after a Notice of Intent to Issue a Reexamination Certificate (NIRC) or notice of appeal be accompanied by: (1) an explanation of why the information submitted could not have been submitted earlier, and (2) an explanation of the relevance of the information with regard to the claimed invention?

10. What relief can and should be given to a Third Party Requester that shows that it did not receive a Patent Owner’s statement or response within a certain number of days after the date listed on the Patent Owner’s certificate of service? How many days and what kind of showing should be required?

11. Should the USPTO encourage and/or require that all correspondence in reexamination proceedings be conducted electronically (e.g., e-filing parties’ documents, e-mailing notices of Office actions and certificates)?

12. Should reexamination proceedings remain with the Board in cases where the Board has entered a new ground of rejection on appeal and the Patent Owner seeks to introduce new evidence and amendments? In particular, is it more efficient for three administrative patent judges or a single examiner to decide issues involving new evidence and amendments?

13. What other changes can and should the USPTO make in order to streamline reexamination proceedings? 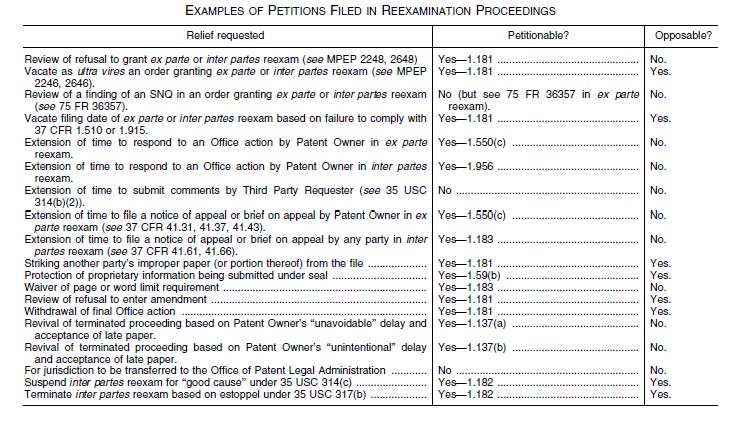