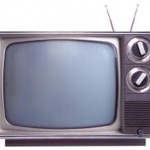 The chronology of the dispute between TiVo, AT&T and Microsoft is complex and so are the digital video recorder (DVR) technologies covered in the patents that are asserted.  All of these complexities seemed to weigh in favor of a stay in the present case.  Some background is necessary to understand these complexities.

On January 19, 2011, Microsoft sued TiVo for patent infringement of 2 DVR patents in the Northern District of California (Microsoft Corp. v. TiVo Inc., N.D. Cal., Case No. 10-CV-00240-LHK, or “the instant case”).  Microsoft subsequently added 5 more patents to the instant case to make a total of 7 patents.

In March 2011, TiVo filed ex parte reexamination requests of all 7 patents asserted by Microsoft.  All of the reexaminations were ordered except for one to date:

The Court Orders a Stay of the Instant Case

On May 6, 2011, TiVo’s motion to stay Microsoft’s suit on the 7 patents in the instant case was granted by Judge Lucy H. Koh.  The three-factor test we discussed in an earlier post was applied in Judge Koh’s order:

(1) whether discovery is complete and whether a trial date has been set; (2) whether a stay will simplify the issues in question and trial of the case; and (3) whether a stay would unduly prejudice or present a clear tactical disadvantage to the nonmoving party.”.

Simplification of the Issues

“Thus, the PTO cancels or amends claims in an ex parte reexamination proceeding 77% of the time.  Therefore, it is probable, ‘based on the statistical evidence provided, that upon reexamination the [PTO] will take some action that results in canceling or altering one or more of the claims at issue and, accordingly, a stay would likely narrow and clarify the issues for claim construction and for trial.'” [citations omitted]

The Court found that this factor weighed  in favor of granting TiVo’s motion to stay pending PTO reexamination.

Stage of the Litigation

The Court reasoned that discovery is not complete in the instant case, and even if it had been “[m]any courts have stayed patent infringement suits pending reexamination even after discovery was complete,” citing eSoft, Inc. v. Blue Coat Sys., 505, F. Supp. 2d 784, 788 (D. Colo. 2007).   Furthermore, no trial date is set.  Therefore, the Court found that this factor weighed “slightly” in favor of granting TiVo’s motion to stay.

The Court repeated precedent that found granting a stay does not cause the nonmoving party undue prejudice when substantial expense and time in the litigation has not yet been invested.  Furthermore, the precedent supported the position that the delay due to reexamination does not constitute, by itself, undue prejudice.  The Court discounted Microsoft’s arguments of why TiVo would gain a tactical advantage if the Court granted the motion to stay.

The order includes an account of detailed fact finding by TiVo, which was deemed at least partial justification by the Court for any potential delay in filing:

The fact that Microsoft amended its complaint to add five of the seven asserted patents-in-suit on June 30, 2010, and the complexity of TiVo‟s reexamination requests persuade this Court that any potential delay in filing was at least partially justified. According to TiVo, after learning that Microsoft intended to assert five additional patents in May 2010, TiVo undertook prior art searches and investigations. The prior art search firms spent around 1,300 hours searching for relevant prior art, and TiVo‟s counsel spent nearly 1,500 hours searching for prior art, analyzing that art, performing invalidity analysis, and preparing TiVo‟s reexamination requests.  In the end, TiVo‟s reexamination requests and related expert declarations amounted to 826 pages without exhibits and 3761 pages with exhibits. [internal citations removed]

The order concludes with a stay of the instant action in its entirety, including TiVo’s counterclaim, pending final exhaustion of all six pending reexamination proceedings, including any appeals.