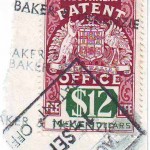 My thanks to Bill Bennett from Prizzeys law firm in Australia for this update on business method patents in Australia.  As explaind in more detail below by Mr. Bennett, the subject case has qualified the “physical effect” requirement in Australia (which is akin to the “machine or transformation” requirement in the US) by now making it clear that the physical effect must be “central to the purpose or operation of the claimed process or otherwise arises…in a substantial way”.  In Australia, the physical effect rule requires that a method must produce “a physical effect in the sense of a concrete effect or phenomenon or manifestation or transformation”.  The Grant decision (Grant v Commissioner of Patents [2006] FCAFC 120) in which this proposition is set forth, also said that a change in the state or memory of a computer may be a “physical effect”.   This post is worth reading to see how Australia is grapping with the issue of what to do with “abstract” business inventions that are implemented in “physical” computing systems, an issue that was not addressed by Bilski due to the fact that none of the claims at issue were computer implemented.

Hot on the heels of the Bilski decision in the US, the Australian Patent Office has now refined the Australian test for the patentability of business methods.

The patent application in question relates to a “Method for Commercialising Inventions”.  The main independent claim read as follows:
1. An invention specific commercialization system to facilitate success of inventions, the system including the steps of:
a) applying for patent protection for the invention in a country which is party to the Paris Convention,
b) conducting a review of specific commercialization process required by the invention,
c) preparing a research and development plan, testing the business dynamics of the invention,
d) conducting prototype testing, developing a prototype cost/benefit analysis,
e) determining product positioning and packaging,
f) conducting a manufacturing checklist,
g) entry of the information collected in steps a) to f) into an electronically fillable checklist having a prescribed time limit for each step to form a commercial entry strategy (CES) with a number of sub-steps, the CES prepared on the basis that each of the sub-steps in the CES are to be completed by a corresponding deadline, all deadlines falling within 30 months from the earliest priority date of the patent application, the checklist being computer-implemented and stored in computer or human readable format in data storage means and associated with processing means to allow updating of the checklist; and
h) policing compliance with the deadlines for the completion of the sub-steps through the production of reminders based on the prescribed time limits in the checklist to ensure that all sub-steps are completed within the deadlines. (underlining added)
Prior to the subject decision, the governing precedent was Grant v Commissioner of Patents [2006] FCAFC 120 (“Grant”).  Grant stood for the proposition that a method must produce “a physical effect in the sense of a concrete effect or phenomenon or manifestation or transformation”.  Grant went on to say that a change in the state or memory of a computer may be a “physical effect”.

36.          In Grant the Court clearly was stating a view that without a physical effect in the sense of a “concrete effect or phenomenon or manifestation or transformation” a claimed method could not be considered to be within the realms of patentability but, as I have indicated, I do not take it to suggest that patentability is merely determined on the presence of a physical effect. Rather it clearly must be an effect of such substance or quality that the method considered as a whole is “proper subject of letters patent according to the principles which have been developed for the application of s. 6 of the Statute of Monopolies”.

37.          The decisions in Grant and Catuity both referenced US law and in Bilski I note the Supreme Court confirmed that in the US the “the prohibition against patenting abstract ideas cannot be circumvented by attempting to limit the use of the formula to a particular technological environment” or adding “insignificant post-solution activity” (Diehr at 191-192). It was said in that decision:
“To hold otherwise would allow a competent draftsman to evade the recognized limitations on the type of subject matter eligible for patent protection. On the other hand, when a claim containing a mathematical formula implements or applies that formula in a structure or process which, when considered as a whole, is performing a function which the patent laws were designed to protect (e. g., transforming or reducing an article to a different state or thing), then the claim satisfies the requirements of 101.”
38.          Insignificant post-solution activity has been taken to include steps such as the inputting, storage or displaying of data. I take from this aspect of US law however only confirmation of the unremarkable conclusion that one must consider whether the subject matter of a claim considered as a whole falls within the scope of patentable subject matter and that this cannot be achieved merely by pointing to some physical effect or transformation that, while present in the claimed method, does not alter its fundamental character. In applying the decision in Grant I therefore consider that the “concrete effect or phenomenon or manifestation or transformation” referred to must be one that is significant both in that it is concrete but also that it is central to the purpose or operation of the claimed process or otherwise arises from the combination of steps of the method in a substantial way. Consequently while the step of building a house involves a concrete physical effect it is peripheral to the method of acquiring a house and indeed could hardly be said to characterise the subject matter of the method such that it is considered an artificially created state of affairs. I consider the same to apply to a business scheme implemented in some part by computer and do not believe the patentability of such a method can arise solely from the fact that, in a general sense, it is implemented in or with the assistance of a computer or utilises some part a computer or other physical device in a incidental way. (underlining added)

In summary, the subject case has qualified the “physical effect” requirement by now making it clear that the physical effect must be “central to the purpose or operation of the claimed process or otherwise arises…in a substantial way”.

In addition to qualifying the patentability of business methods, the subject case also had meaningful comments about the ability of the Commissioner to inform herself regarding factual matters.  In particular, the Commissioner rejected arguments and evidence submitted by the applicant in relation to the state of the common general knowledge in the art (see paragraph 55).  Further, the Commissioner rejected arguments submitted by the applicant on the question of whether prior art references would have been considered by the skilled person (see paragraph 67).  We expect that this aspect of the decision will embolden Australian examiners to maintain rejections more often in the future.

The full decision can be viewed here: http://www.austlii.edu.au/au/cases/cth/APO/2010/10.html