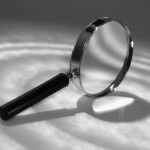 Prof. Hal Wegner goes for the jugular with his analysis of some of the flaws in the legal reasoning behind the holding in the recent AMC v. Myriad decision. [See my post of July 31st 2011 on the decision]. (Prof. Hegner’s paper is attached at the end of this post.) To summarize, he faults the panel for pointedly not grounding their decision that isolated DNA is patent-eligible subject matter on In re Bergy, 596 F.2d 952 (CCPA 1979). In fact, Judge Lourie went out of his way to explicitly write that Bergy was not binding law. However, Wegner notes that Bergy and Chakrabarty were decided as companion cases by the CCPA and consolidated for appeal to the Supreme Court. The Court granted cert. as to both Bergy and Chakrabarty, but in its opinion simply noted that Bergy had been dismissed as moot, after the Court had granted cert. Contrary to Judge Lourie’s statement in fn. 7 in Myriad, the second Bergy decision was not vacated by the Supreme Court. The Court only had Chakrabarty to decide, but it in no way disparaged the CCPA’s earlier decision in Bergy. Bergy was only cited in a footnote in the district court’s opinion, but was heavily relied upon in Myriad’s brief to the Fed. Cir. What’s up with that?

As extensively noted in my post “A Myriad of Questions to Resolve,” May 18, 2010, In re Bergy is arguably the most relevant precedent to the Myriad dispute, since it clearly states that the isolated microorganisms of Bergy are no less patent-eligible than any other chemical compounds, including “countless pharmaceuticals.” Such compounds can be isolated, purified, assembled from simpler “synthons” or prepared by subdividing more complex molecules (my gloss). The distinction that the Myriad panel tries to draw between “isolated” and “purified” –“[DNA] has not been purified by being isolated” – is artificial, not even factual and not relevant to patent-eligibility under s. 101

Prof. Wegner also takes the Myriad panel to task for misusing or at least, for overusing Funk Brothers, to require some sort of novel utility (the dreaded “marked change”) before a composition of matter can be considered for patentability. The Supreme Court did not impose such a test for all future subject matter – the requirement is for the subject matter to be “new and useful.” The comment that the bacterium has “markedly different characteristics from any found in nature” is dictum with respect to the requirements of s. 101. Funk Brothers is a pre-1952 decision that was distinguished in Chakrabarty. It was not decided on the basis of section 101 patent-eligibility. Today, the claims would be patent-eligible under s. 101, and might well pass muster under ss. 102 and 103.

Finally, Prof. Wegner notes – as do I – that the discussion of the patentability of elements like lithium is confusing at best. Judge Lourie attempted to answer Judge Bryon’s comments about the isolation (?) of ionically bonded lithium (e.g. LiCl) by suggesting that the precursor elemental lithium would be unpatentable as not novel. However, Prof. Wegner notes that patents have been granted on elements. Claim 1 at issue In re Seaborg, 328 F.2d 996 (CCPA 1964) was simply to “Element 95.” (Stability was the issue, not patentable subject matter.) It is worth noting that the CCPA has never held, or even stated in dicta, that a newly discovered element would not be patentable.

In my earlier posts, I opined that Myriad could not lose on the DNA claims, and I turned out to be correct (barely). But a double-jointed rattlesnake – to borrow a Disney image – could not follow the lines of reasoning it took to reach that conclusion.