the Global Innovation Index (GII) takes the pulse of the most recent global innovation trends. It ranks the innovation ecosystem performance of economies around the globe each year while highlighting innovation strengths and weaknesses and particular gaps in innovation metrics.

Since 2013, China has moved up the GII ranks consistently and steadily, establishing itself as a global innovation leader and getting closer to the top 10 every year. The performance of China is at the frontier of achievement, notably in innovation outputs. For instance China’s levels of patents by origin, scaled by GDP, are higher than those of Japan, Germany and the United States, and are even more impressive when considered in absolute terms. The same is true with regard to the levels of Trademarks and Industrial designs by origin as a percentage of GDP. However, China is still behind, relative to Germany and the United States, in Human capital and research and in indicators such as Researchers (45th) and Tertiary enrolment (57th). China also trails the United States in Market sophistication and Business sophistication, and is even further behind in Institutions (61st). 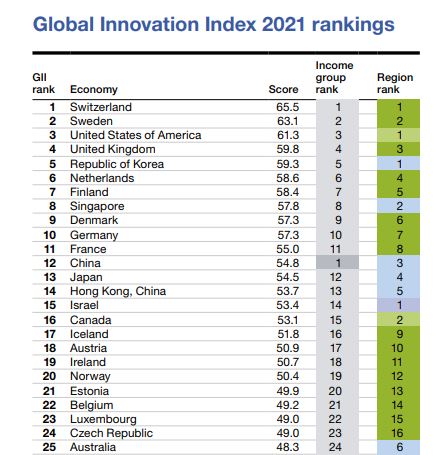 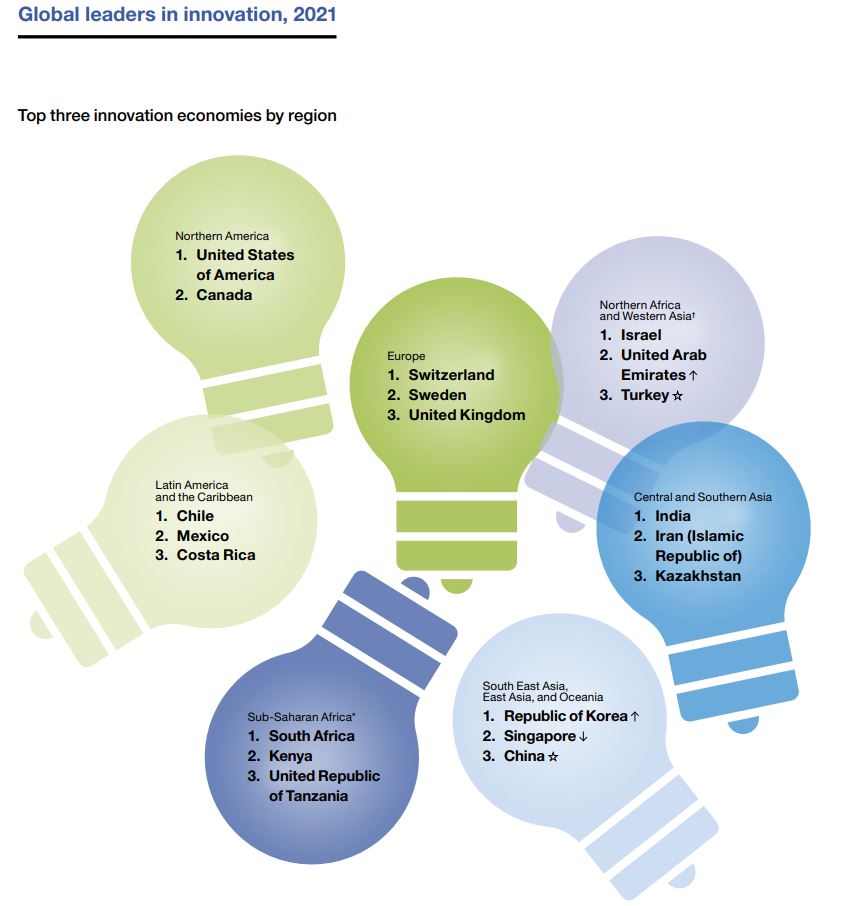 According to the report, new science and technology (S&T) clusters are
emerging, with the majority located in only a handful of countries.  While the U.S. continues to host the highest number of clusters, followed by China, Germany, and Japan. Clusters in China recorded the largest increases in S&T output.  Within China, the fastest growing clusters are Qingdao (+33.1 percent) and Suzhou (+21.7 percent).

The full report is available here.