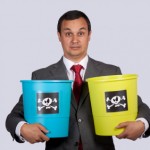 In July of 2011, I wrote a post for this blog on BSC v. J&J, a Fed. Cir. decision in which four J&J patents claiming stents eluting rapamycin, a drug that inhibits restenosis after balloon angioplasty, were held invalid for failure to meet the requirements of the written description requirement of s. 112 (1) [now s. 112(a)]. While the specification only disclosed stents releasing rapamycin, the claims used broader language, such as “rapamycin or a macrocyclic triene analog of rapamycin.” While such analogs were known, none were named in the specification. Still, J&J must have felt that they had a fighting chance, since a specification need not describe that which is known to the art.

A three-judge panel of Moore, Bryson and Gajarsa found that the claims failed to meet the WDR. However, instead of explaining why the specification read in combination with the knowledge available to the art about rapamycin analogs fails the UC v. Lilly WDR standards, Moore and Bryson relied on the deficiencies they found in the specification:

“Given the absence of information regarding structural characteristics of [rapamycin analogs] in the specification, the unpredictability of the art and the nascent state of using drug eluting stents…we affirm the [grant of SJ]. The patent laws do not reward an inventor’s invitation to other researchers to discover which of the thousands of macrocyclic lactone analogs of rapamycin could conceivably work in a drug-eluting stent.”

Judge Gajarsa concurred in the result, but noted that this rationale sounds a lot like it is based on a failure to meet the enablement requirement of s.112(a):

“The majority’s opinion further extends the [WDR] into the realm of enablement. Much of the confusion in this case is due to the difficulty of determining how the [WDR] applies to novel compounds as opposed to novel combinations of known elements…the enablement analysis is simpler and more appropriate.”

Judges Moore and Bryson must have been listening since, on June 26th, a three-judge panel of Moore, Bryson and Wallace invalidated two patents claiming a method to use rapamycin to treat or prevent restenosis by administering an effective amount of rapamycin to a mammal. (U.S. Pat. Nos. 5,516,781 and 5,563,146) on the basis that the specification does not enable one of ordinary skill in the art to practice the asserted claims without undue experimentation. (The decision can be found here.) The arguments by defendants that the specification also failed the WDR were not addressed.

What made it easy for the panel was the fact that Wyeth wanted to assert literal infringement by Abbott et al., that were using two rapamycin analogs, and the parties had agreed that the claim term “rapamycin” was not to be limited to a single compound, sirolimus (Merck 8202) but should be construed to include any anti-restenotic compound containing a macrocyclic triene ring structure, produced by S. hygroscopius. The minute Wyeth et al. agreed to that claim construction, which they must have felt they needed to ensnare the defendants who were using two related sirolimus analogs, Abbott et al. could let the champagne flow. The panel could get to “pick the poison” from s.112(a), and this time they picked non-enablement. Why not? The district court had granted summary judgment of invalidity after marching through the Wands factors, and the panel did the same thing, finding that “practicing the full scope of the invention, measured at the time of filing [1992], would require undue experimentation to both synthesize and screen “tens of thousands of candidates” for anti-restenotic effects. The court noted that “[h]ere the specification similarly [to precedent] discloses only a starting point for further iterative research in an unpredictable and poorly understood field.”

Sound familiar. This language could be taken from the BSC opinion discussed above and, as noted by Judge Gajarsa, it really fits a non-enablement rejection better than a WDR rejection, but that is certainly cold comfort for Wyeth.

What if Wyeth had tried a different approach: “Wide is the gate, but narrow the road.” If the two analogs of sirolimus used by the defendants were unknown or not known to be useful for the recited medical uses in 1992, could Wyeth have argued for a construction of the claim that would limit its literal scope to sirolimus and then argued that the defendants infringed under the doctrine of equivalents? If the analogs used by the defendants were not known as of the filing date of the Wyeth applications, Wyeth would not be estopped from arguing equivalency, since Wyeth could not have included the analogs in its specification in 1992. See Festo. Of course, litigators generally will do almost anything to not have to rely on doe infringement with all its “function, way, result” baggage, but how could things have come out any worse?