Blogs   |   Congress and Trump are out of step on Intellectual Property

Congress and Trump are out of step on Intellectual Property 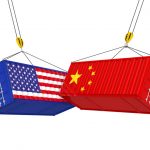 The White House and Department of Commerce actions to reduce foreign IP theft is important but equally important is having a strong domestic policy. China does more than import IP from the U.S., it has consistently revised its laws to strengthen patent protection and is stepping up enforcement of intellectual property rights protection. So while China has strengthened its domestic patent system over the last 20 years, the U.S., thanks to Congress and the Supreme Court, has gone the other way.

American inventors and innovative companies have been under assault for more than a decade by Supreme Court decisions. At the same time, Congress pushed the U.S. patent system to new lows with legislation intended to eliminate abusive patent litigation. After 228 years since the first Patent Act, the U.S. should lead the world by a wide margin, but sadly the U.S. Chamber of Commerce now ranks the U.S. as 12th in the world, tied with Italy. The U.S. is still ranked ahead of China in overall intellectual property protection, but not for patent protection of key technologies necessary for our future economy. How did this happen?

The Supreme Court has had an obsession with patent issues over the past 20 years, having decided more than 30 patent related cases. These decisions are wide-ranging but have generally weakened U.S. patent protection in significant ways. The heavy erosion of patent rights started in 2006 when the court all but eliminated the ability of inventors to stop continued patent infringement, even after a successful trial. The Court then hurt inventors by lowering the standard required to show that their issued patents were obvious. In 2017, the Court changed what appeared to be settled law since 1990 that infringers could be sued in a jurisdiction where patent infringement occurred. That decision has forced inventors to challenge multiple infringers in numerous different courts, significantly increasing costs and time.

The coup de grace, however, has been the court’s self-appointed mission to prevent patents from being granted in some of the most important technologies to our country’s future economy, including software and medical diagnostics. Between 2011 and 2013, the court issued several rulings that turned patent protection on its head for high technology innovators. As a result, patent protection is now more robust in China.

If congressional leaders had recognized that the jobs of the future for the U.S. are in medical diagnostics, personalized medical treatments, artificial intelligence, the internet of things and self-driving cars, to name a few, it should have passed laws to overrule the court’s anti-patent decisions and maintained a strong U.S. patent system. Instead, it spent a decade debating patent reform legislation intended to stop “patent trolls,” a mythical creature ravaging business with bad patents. The siren song lobbied at Congress proved too strong to ignore and even lead Rep. Darrell Issa (R-Calif.) to recently state that “patent trolls, in my opinion, are the scourge of the patent world.” While protecting small companies from abusive litigation has merit, Congress ignored clear warnings that genuine inventors and innovators would be trampled by their efforts to rid this scourge. As a result, Congress passed sweeping legislation in 2011 that created a fast and easy way to invalidate patents, regardless of who owned them or how they litigated those patents.

It remains to be seen if the Trump administration’s tariff strategy to stem the tide of China’s IP theft will work. Even if it does, Congress remains out of step with the White House. Protecting U.S. innovators does not stop with halting some Chinese IP theft. Congress must return true strength to our domestic patent system. One good place to start is the Support Technology and Research for Our Nation’s Growth and Economic Resilience (STRONGER) Patents Act, H.R. 5340, introduced by Reps. Steve Stivers (R-Ohio) and Bill Foster (D-Ill.) and its companion Senate bill, S.1390, introduced last year by Sen. Chris Coons (D-Del.). These bills address some of the negative unintended consequences of the 2011 America Invents Act. To truly return America as a world leader in intellectual property protection, Congress must resolve to reverse the Supreme Court and allow our new industries to protect their innovations in the U.S, not China and Europe.