This is a guest post from Russ Slifer and was originally posted on Law360. 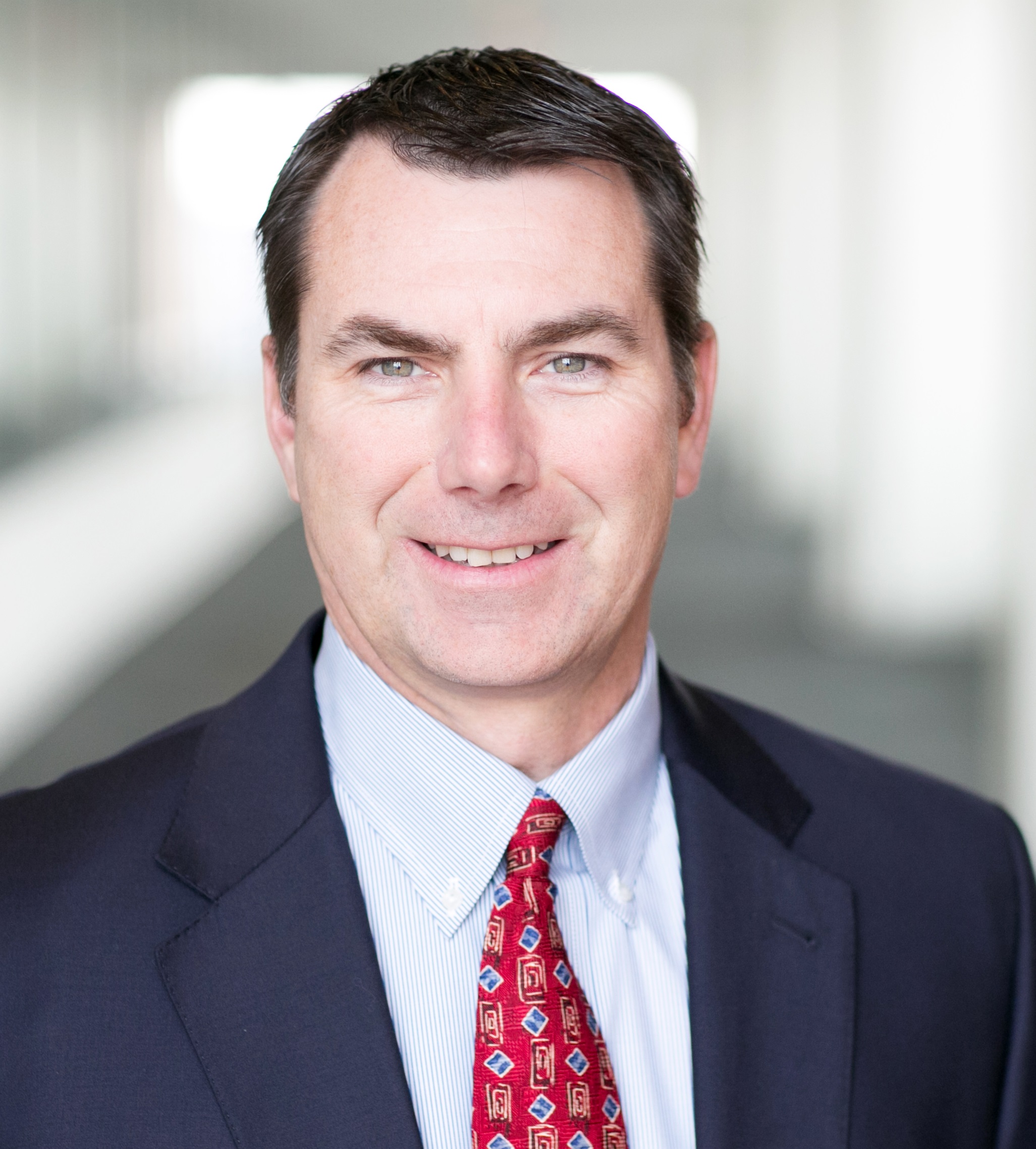 The past year has seen significant changes to all practice areas before the U.S. Patent Trial and Appeal Board. Many of these changes are positive for patent owners, innovators, inventors and the U.S. patent system. Several issues that have plagued patent owners in post grant trials were addressed in 2017; claim amendments, serial petitions and petitions based on art already considered by the U.S. Patent and Trademark Office. The Federal Circuit, sitting en banc, addressed patent owner claim amendments during PTAB trials, while the PTAB continued its recent trend of issuing more precedential and informative decisions. Several of these decisions are first steps in the right direction and, if applied properly, should begin to balance PTAB trials while providing more guidance to its 272 administrative patent judges.

An often-cited reason for the PTAB’s use of a broadest reasonable claim interpretation standard, which is different from district courts, is the ability of patent owners to amend claims in post grant trials, an option that patent owners have used in only 10 percent of PTAB trials. The PTAB had required the patent owner to show that proposed claim amendments were patentable even though amendments had to be narrowing from the issued claims. The Federal Circuit, in Aqua Products, held that Congress explicitly placed the burden of persuasion to prove propositions of unpatentability on the post grant petitioner for all claims, including amended claims. Noting that there was no need for Chevron deference because the statute was unambiguous, the court stated nonetheless that the USPTO did not perform its obligations, either formally or through PTAB decisions, under the Administrative Procedures Act if it believed the statute required interpretation. In view of Aqua Products, the PTAB must now place the burden of persuasion on the petitioner when the patent owner moves to amend claims in post grant trials. This change will create substantial administrative changes to PTAB trials in 2018.

The America Invents Act established the PTAB to conduct post grant review trials; inter partes reviews, post grant reviews and cover business method reviews. In 2017, the PTAB received 1,900 post grant petitions and issued 1,500 institution decisions. The institution rate has held steady over the last several years at roughly 66 percent, a rate that patent owners contend is too high due to several factors. Two areas cited as increasing the institution rate are serial petitions seeking a second, or more, bite at the apple and petitions that try to relitigate the patent examination process with substantially the same art. Both issues were addressed by the PTAB in a manner that should curb some behavior by petitioners that has resulted in abuse of patent owners.

Addressing serially filed IPR petitions by the same petitioner, the board designated General Plastic Industrial Co. Ltd. v. Canon Kabushiki Kaisha as precedential. In General Plastics, the PTAB applied its seven-factor Nvidia test to determine if additional petitions were appropriate. The board noted that the factors were formulated “to take undue inequities and prejudices to [the] Patent Owner into account.” Although multiple IPR petitions from the same party are not prohibited, the precedential decision is clear that the timing of additional petitions is critical. Follow-on petitions attempting to cure deficiencies that the patent owner or board identified in a first-filed petition will be denied. It remains unclear how the factors apply to a follow-on petition filed by a different petitioner. It is possible under General Plastic that the board would determine that a second petitioner cannot merely correct earlier defects by the first denied petitioner.

The PTAB designated three IPR decisions as informative in 2017. Although nonbinding, informative decisions foretell the direction the PTAB is leaning on critical issues. In Unified Patents v. Berman, Hospira v. Genentech and Cultec v. Stormtech the board addressed the issue of its discretion to deny institution because the same or substantially the same prior art or arguments were previously presented to the office. In Unified Patents, the board determined that during prosecution of the patent the examiner specifically considered some of petitioner’s cited art and that additional art provided by petitioner was cumulative of the art considered in prosecution. In Hospira, the board agreed that the patent examiner had properly determined that the patent was entitled to the filing date of a provisional application, thereby removing the cited art. The board noted that the petitioner did not present new evidence or arguments that the examiner’s determination was unreasonable. Finally, in Cultec an IPR was denied because the same or similar art was cited, and considered, in a third-party submission during examination.

The informative decisions in Unified Patents, Hospira and Cultec clearly show that the board is focused on eliminating petitions that merely ask the PTAB to repeat work that was previously performed by the USPTO. Simply second guessing the examiner’s conclusion is insufficient grounds for an IPR. This trend, giving more deference to patent examiners, is not binding. Different panels remain free to subjectively determine if the examiner actually considered the art or argument presented in a petition. Without a clear indication in the examination record the board will most likely conclude that an examiner did not fully consider a particular challenge. For example, in Telebrands Corp. v. Tinnus Enterprises (PGR2017-00015) the PTAB partially denied a petition where “the interests of finality and conservation of resources weigh heavily in favor of denying reconsideration of those same references and very same issues” that were considered by the examiner. The board, however, determined there was a “lack of evidence of express consideration by the Examiner” of a section 112(b) issue.

Although the precedential and informative decisions should help reduce some abusive practices, the PTAB made it clear that it will not deny petitioners an opportunity to challenge a patent. The PTAB designated Athena Automation Ltd. v. Husky Injection Molding System Ltd., a 2013 IPR decision, as precedential. Athena held that the doctrine of assignor estoppel is not an exception to 35 U.S.C. § 311(a), which allows a person who is not the owner of a patent to file a petition for inter partes review. The board stated that the “statute presents a clear expression of Congress’s broad grant of the ability to challenge the patentability of patents through inter partes review.” Athena is broader than assignor estoppel and indicates that the PTAB will deny requests to dismiss a petition based solely on the status of the petitioner.

Congress envisioned a process where patents could be challenged in front of technically trained adjudicators instead of by district court judges. It was intended that a petitioner would provide the USPTO printed publications that the USTPO did not consider when initially issuing a patent. Congress did not intend to create a system where a patent could be challenged multiple times, using the same or similar art, until a petitioner reached a desired outcome. The PTAB has taken steps to reign in such abusive practice but has more to do to establish precedent on when a PTAB panel must exercise its discretion under § 325(d) to deny a petition.

The bulk of the PTAB’s workload is ex parte appeals from patent examination. In the last year, the board designated two appeal decisions as precedential, a rare occurrence. In Ex parte McAward, the board affirmed that the threshold for indefiniteness of claims is lower during examination than during infringement litigation. Specifically, the PTAB applied the approach for assessing indefiniteness approved by the Federal Circuit in In Re Packard, i.e., “[a] claim is indefinite when it contains words or phrases whose meaning is unclear.” The board held that the Supreme Court’s Nautilus decision did not mandate a change in the USPTO’s approach to indefiniteness in patent-examination.

The PTAB also addressed claim interpretation of certain types of method claims in Ex Parte Schulhauser. The board held that, under a broadest reasonable interpretation, no patentable weight is given to limitations in method claims that rely on a condition precedent that is not required to be performed. This is a fairly narrow issue but should be studied by patent attorneys and agents to ensure conditional method claims are properly drafted.

For the third year in a row, the board has issued more appeal decisions than appeals filed. The board issued over 14,000 decisions in 2017 while receiving just under 12,000 new appeals. The reduction in pending appeals has been dramatic over the last three years. In September 2017, there were 13,034 pending appeals down from 25,527 in September 2014, a reduction of nearly 50 percent. 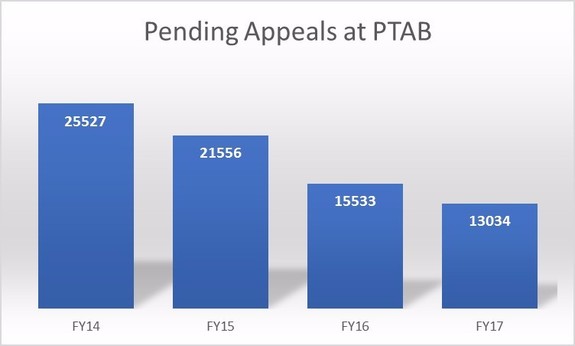 This is great news for inventors, especially in the computer architecture, networks, cryptography/security, and communications areas that saw a 75 percent reduction in pending appeals since 2014. These technology areas currently have an appeal pendency approaching the board’s overall goal of 12 months. The board has not been as successful, however, in reducing the backlog in business method patents where the rate of appeal has nearly doubled following the Supreme Court decision in Alice. The pendency for business method appeals is around 22 months. Currently, the board has an average appeal pendency of 17.5 months, down from the 26 month pendency of 2016.

The PTAB worked hard in 2017 to improve the U.S. patent system by addressing improvements to balance the post grant trials and significantly reduce the time for hearing appeals. It is too early to tell what effect the Federal Circuit and PTAB decisions will have on PTAB trials. Administrative changes may still be needed by the new director of the USPTO to ensure that post grant trials are instituted in a manner that is balanced and provides more deference to the examination work performed by patent examiners.